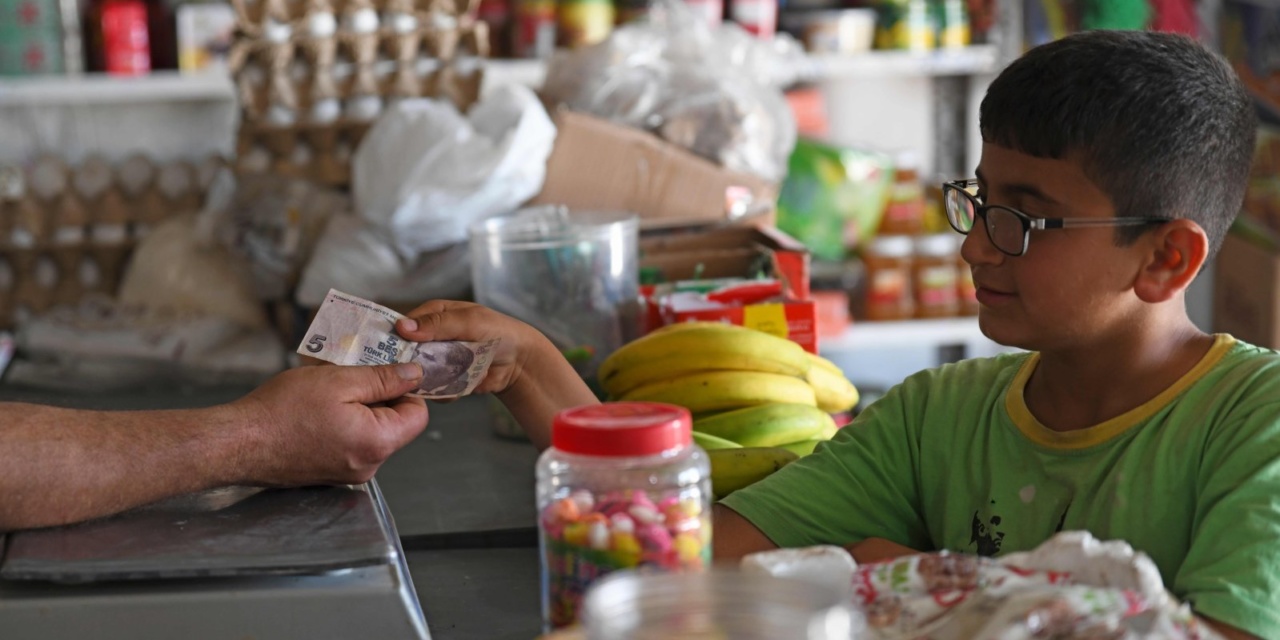 This spring, amid a collapse in Syria’s currency, the opposition-held northwest began switching to the Turkish lira.

The decision has been presented by Ankara and opposition activists as a contrast to the economic crisis in regime-held areas, with a fall of 75% in GDP during Syria’s 113-month conlict. Conditions have been exacerbated by a financial crisis in Lebanon, where many Syrian individual and companies hold their bank accounts; the advent of Coronavirus; and the US “Caesar Act” sanctions on the Assad regime over its crimes against humanity.

The shift was also prompted by the complexities of the political situation in Idlib and western Aleppo Provinces, where about 3 million people live. Much of the area is controlled by the Syrian Salvation Government, which is linked to the hardline Islamist bloc Hay’at Tahrir al-Sham. Because HTS is listed as a “terrorist organization” by the US Government, access to dollars is difficult.

But analyst Haid Haid, writing in Syndication Bureau, explains that those political dynamics may also doom the Turkish lira project:

Idlib has no strong, effective, independent civil institution capable of regulating the exchange rate between the lira and the [Syrian] pound, free from manipulation.

Instead, that task falls to the Salvation Government and, notably, HTS’s affiliate institutions. This places the region’s finances mostly in the hands of HTS, leaving it free to exploit matters to consolidate its control, which is precisely what it is doing.

Haid explains that HTS is tightening its control of the hawala networks for money transfer, giving unlicensed money changers two weeks to register or go out of business. He foresees the outcome that humanitarian aid organizations, dependent on the system, will have to reduce or end operations in Idlib.

The analyst, based at London’s Chatham House, also notes that “thousands” in Idlib are still paid by the regime in Syrian pounds, so will not benefit from the move to the lira.

And the move brings the risk as well as potential benefit of ties to Turkey, where the lira has lost 17% of its value against the US dollar since January. Haid cautions that with the
low level held foreign exchange reserves held by Turkey’s central bank, further depreciations are possible.

Others are also jeopardizing the chances for northwest Syria’s 3 million to subsist and survive. An 11-month Russian-regime offensive ended in March, after killing about 2,000 civilians, wounding thousands, and displacing more than 1 million. But Moscow has used its UN Security Council veto to close all border crossings from Turkey, cutting the main route for aid.

Adopting the Turkish lira will not hurt everyone in Idlib, but it will hurt most. More people will go short of food. Famine becomes a real possibility. The tragedy for the people of Idlib – as if they had not endured enough – is that they have little choice.