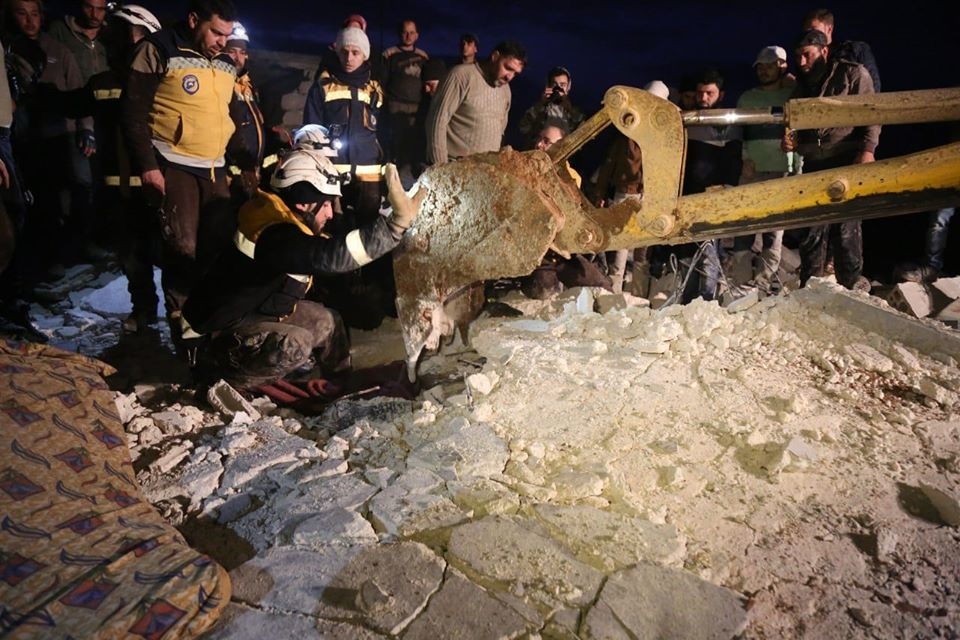 Russia has threatened the renewal of its deadly offensive, alongside pro-Assad forces, against opposition-held northwest Syria.

The warning came from Alexander Shcherbitsky, chief of the Russian Center for “Reconciliation”, on Thursday.

He claimed that “terrorists” were firing on Assad regime forces and attacking Russia’s Hmeimim base in western Syria with unmanned drones and rockets.

In accordance with the agreements, we reserve the right to retaliate to militants of terrorist groups whose actions might jeopardize the lives of Russian and Syrian service members along with the civilian population in the areas adjacent to the de-escalation zone.

He said that Russia-regime operations are necessary to “neutralize the terrorist threat”.

An 11-month Russian-regime offensive from April 2019 killed about 2,000 civilians, wounded thousands, and displaced more than 1 million as it seized almost all of northern Hama Province and part of neighboring Idlib Province. There were more than 70 attacks on medical facilities and bombing of schools, markets, mosques, infrastructure, and other civilian sites.

The offensive was halted on March 5 by an agreement between Russian President Vladimir Putin and counterpart Recep Tayyip Erdoğan of Turkey, whose forces are alongside anti-Assad fighters in northern Syria.

However, fighters has continued in southern Idlib and in neighboring Latakia Province as pro-Assad forces have tried to infiltrate opposition areas and anti-Assad fighters have responded with raids on regime checkpoints.

Russia has broken the ceasefire on at least three occasions with bombing of civilian areas, including missiles on the town of Binnish on Sunday which killed at least four people.

An estimated 3 million people live in the greater Idlib area, many of them in displaced persons’ camps. Russia has used its UN Security Council veto to cut off cross-border aid from Turkey.

The Pretext of the Patrols

Shecherbitsky also said operations might be necessary because of challenges to Turkish and Russian patrols along the cross-Idlib M4 highway.

The patrols, along a 12-km (7.5-mile) east-west corridor, were part of the Putin-Erdoğan agreement. But from their inception in March, they were met by demonstrators who blocked the highway.

It is still unclear who carried out the attack. But Shcherbitsky said on Thursday:

Turkey’s command is taking certain steps to destroy gangs along the M4 highway. However, the Turkish side has been unable to set up a security corridor. As a result, a regular Russian-Turkish patrolling mission is being constantly put off.

In recent days, both pro-Assad and opposition social media accounts have speculated about the Russian-regime offensive resuming against the Jabal al-Zawiya region in southern Idlib Province.