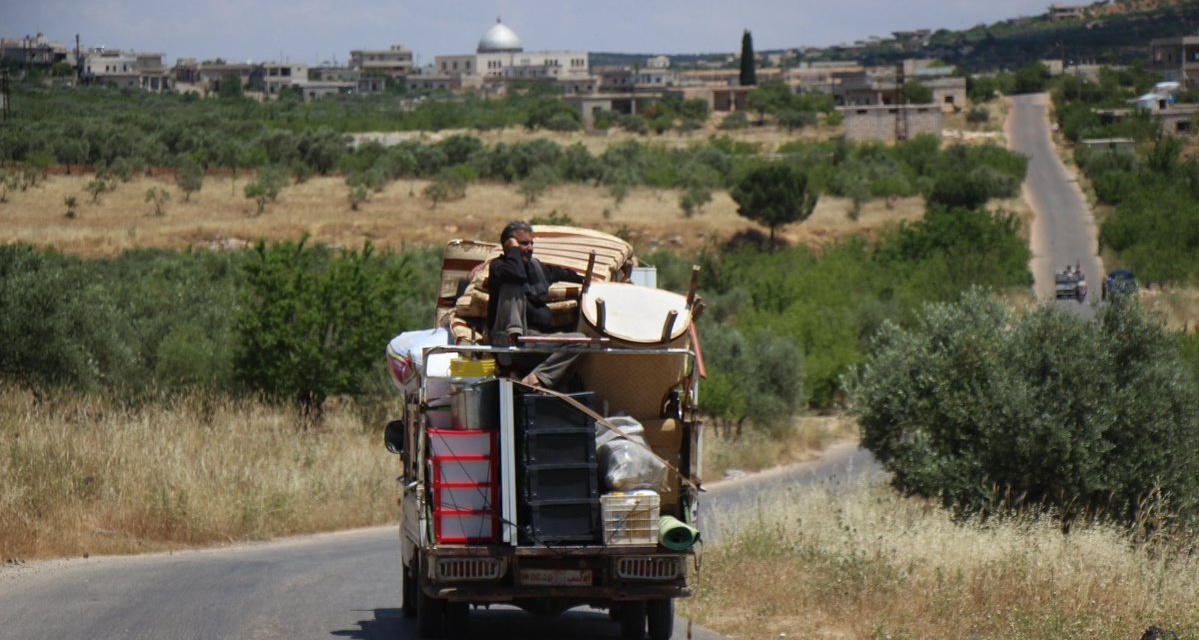 Russia has broken March’s ceasefire in opposition-held northwest Syria for the first time.

Russian warplanes bombed the al-Ghab Plain at the junction of the Idlib, Hama, and Latakia Provinces.

There were no injuries, but hundreds of civilians fled their homes and moved north.

Intense airstrikes by Russian warplanes are the first since the cease-fire decision that was decided on last March. It targeted Sahl-alGhab in western #Hama at dawn today. Our #WhiteHelmets extinguished fire near the place and ensured that there were no injuries. pic.twitter.com/4kCuP6IhZG

The offensive seized almost all of northern Hama Province and parts of south and east Idlib. Attacks killed about 2,000 civilians, wounded thousands, and displaced more than 1 million. It was finally checked by Turkish attacks on Assad regime positions from late January.

Local activists are concerned about the resumption of the offensive on the ground and in the air. They report the movement of pro-Assad forces, including Iranian-backed militias, in northern Hama and southern Idlib Provinces.

The bombing came on the one-year anniversary of deadly strikes on the town of Ma’arat al-Nu’man, southeast of Idlib city. Russian-regime forces later overran the area, forcing hundreds of thousands of people deeper into Idlib Province.

In a year of unfathomable military attacks launched on the Syrian people, the open-air bustling market massacre on #MaaratAlNuman in #Idlib one year ago still stands out. Russian and Regime cowardice on innocents at its most obscene. #NeverForget pic.twitter.com/B2MO5euc2W