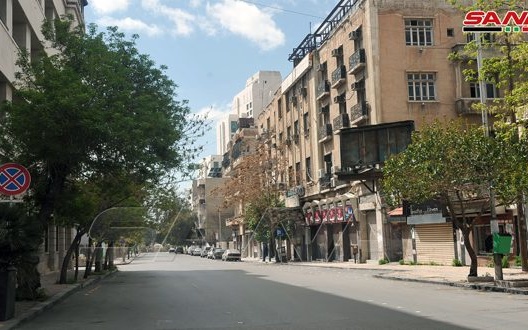 The Assad regime took further steps on Friday over the threat of Coronavirus, while maintaining that there have been few cases in the country.

The Cabinet extended the suspension of public events, including gatherings in locations such as the Damascus Opera House, “until further notice”.

The suspensions were first announced in mid-March. Schools, universities, and institutes are closed; bakeries are shut; and public transport banned. Elections for the People’s Assembly were postponed, and the military suspended the call-up of army reserves.

On Thursday, the regime extended a 6 p.m.-6 a.m. curfew to 12 noon-6 a.m. on Fridays and Saturdays. The city of Tartous in western Syria on the Mediterrean was locked down, without any reason given.

The regime has still acknowledged only two deaths and 16 cases. However, on Wednesday Damascus pointed to the “beginning of a rising curve” of the virus, featuring a statement by the World Health Organization’s representative in Damascus.

Medical staff, activists, and residents suspect the number of deaths and cases is far higher. They point to the free movement of Iranian troops and Iranian-backed foreign militia, essential in propping up the regime’s military, in and out of the country.