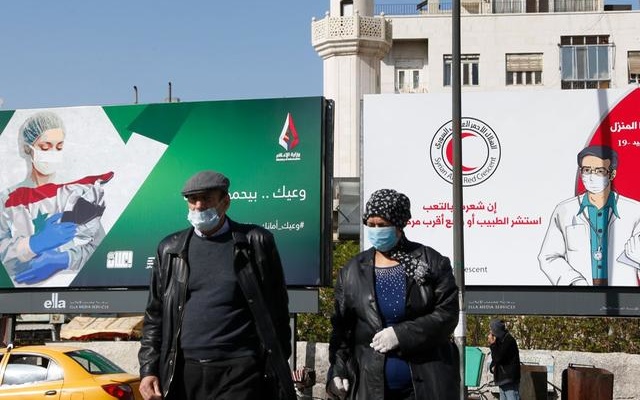 Despite the likely spread of Coronavirus throughout Syria, the Assad regime is easing restrictions on businesses.

On Saturday the Cabinet, chaired by Prime Minister Imad Khamis, declared that all commercial and services firms can resume activity for 1-2 days each week from 8 am to 3 pm. Barber shops and beauty salons can open from Sunday to Thursday.

The Industry Ministry was tasked to coordinate with workers on a plan for restarting production in industrial and artisanal zones.

Ministers also eased the curfew for the holy month of Ramadan, which begins this week. The start of the curfew, which lasts until 6 am, will be moved from 6 pm to 7:30 pm.

The regime has acknowledged only 38 cases of the virus, with two deaths.

Medics, analysts, and residents believe the toll is far higher. Military personnel and officials from Iran, an epicenter of the crisis, have been allowed to move to and from Syria. The regime only began putting restrictions on activity from mid-March.

The situation is compounded by a lack of testing, with one central lab for the processing of results.

However, the regime is facing further economic damage amid a 75% fall in GDP during Syria’s nine-year conflict. There are widespread shortages of vital goods, electricity, and cooking gas; soaring prices; and a currency which has declined sharply.

Opposition-held northwest Syria is bracing for the virus, particularly in overcrowded camps with poor sanitation and little or no water.

More than 1 million people were displaced by a Russia-regime offensive which seized much of northern Hama and southern and eastern Idlib Province between April 2019 and March 2020. More than half of medical facilities were damaged or destroyed by Russian-regime attacks on about 70 hospitals and clinics.

There is only one machine to test for Coronavirus, 153 ventilators, and 200 beds in intensive care.

In the Kurdish-controlled northeast, the first death was confirmed on Friday. A 53-year-old man passed away on April 2 in Qamishli National Hospital.

Because the area relies on the regime lab in Damascus for processing of tests, the Kurdish authority was not told for more than two weeks of the positive result for the virus.