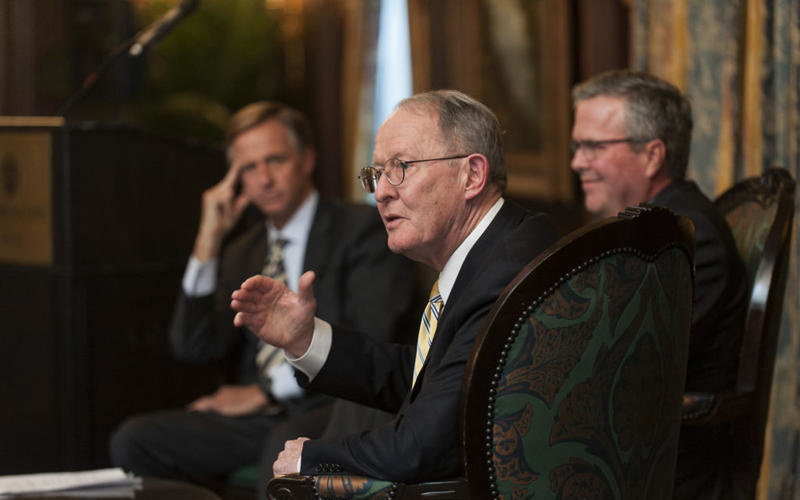 Leading Republican Senators reject Donald Trump’s call for dismissal of the impeachment charges of abuse of power and obstruction of Congress.

Trump pushed last weekend for no Senate trial over his pressure on Ukraine to investigate political rivals and to cover up Russia’s involvement in the 2016 US election, and over White House orders to officials not to comply with House subpoenas for testimony and documents.

Despite the orders, 17 current and former US officials testified about a 10-month campaign by Trump and his personal attorney Rudy Giuliani for the investigations, including a disinformation effort against the US Ambassador to Kiev, Trump’s freezing of Ukraine security aid, and refusal of a White House visit to Ukraine President Volodymyr Zelenskiy unless he complied with the demands.

Senate Majority Leader Mitch McConnell, protecting Trump, has refused to allow any witnesses in the trial. However, House Speaker Nancy Pelosi said Friday that she will transmit the articles of impeachment to the Senate.

On Monday, senior Republicans said the Senate will not approve immediate dismissal, despite a 53-47 GOP majority.

GOP Sens. Lamar Alexander, Mitt Romney, and Susan Collins indicated they would not support the quashing of a trial.

“I don’t think there’s any interest on our side of dismissing,” said Sen. Roy Blunt, the fourth-ranking Republican. “Certainly, there aren’t 51 votes for a motion to dismiss.”

Many believe that by the Senate giving credence to a trial based on the no evidence, no crime, read the transcripts, “no pressure” Impeachment Hoax, rather than an outright dismissal, it gives the partisan Democrat Witch Hunt credibility that it otherwise does not have. I agree!

But McConnell has said he prefers a vote to acquit Trump, giving him vindication to use in his re-election bid.

The Majority Leader, who has rejected the Constitutional obligation to be an “impartial juror”, said last week that he has the votes to proceed with the trial despite his refusal of witnesses.

However, some Republican senators are still keeping the option open of testimony.

Collins said she is negotiating to ensure that Senators are permitted a vote on whether to call witnesses. Lisa Murkowski of Alaska reinforced the effort: “I am working to make sure that we will have a process so that we can take a vote on whether or not we need additional information.”

Alexander said, “I think we should hear the case [for witnesses and documents]. We have a constitutional duty to do that.”

All four have involvement in or knowledge of Trump’s pressure on Ukraine for the investigations, including the suspension of security assistance. The White House ordered Mulvaney, Blair, and Duffey not to testify in House impeachment hearings.

Bolton said last week that, if summoned, he will testify in the Senate.