Syria Daily: 350,000 Displaced in Month by Russia-Regime Attacks on Idlib 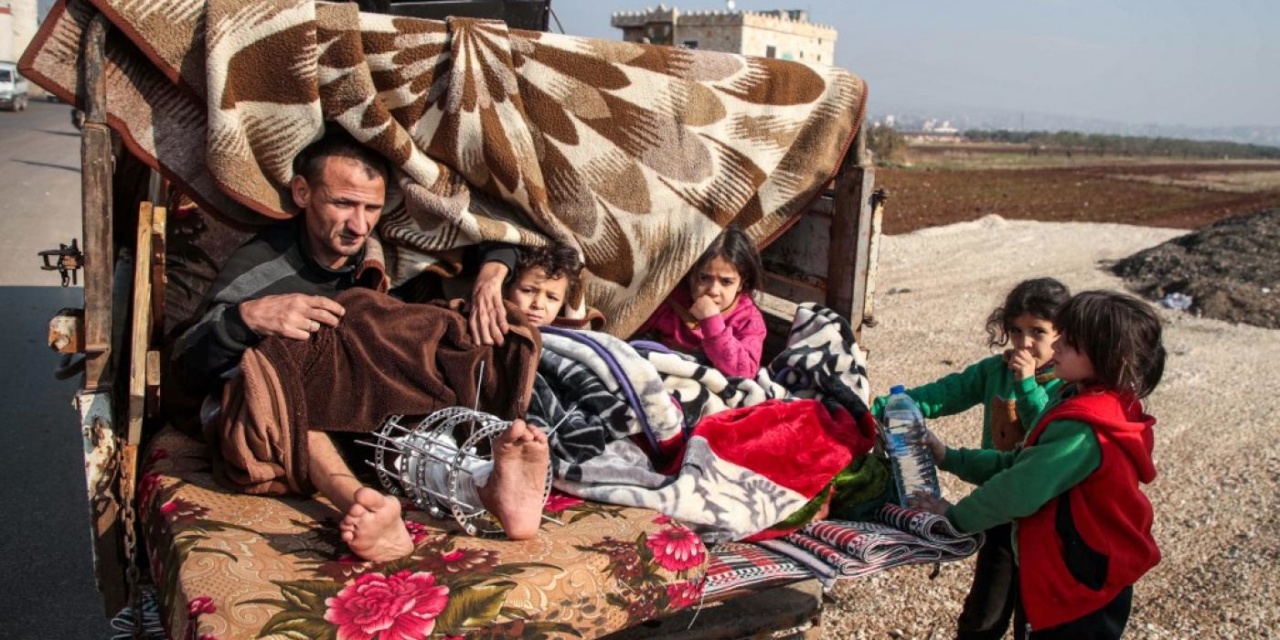 Another 350,000 Syrians, most of them women and children, have been displaced in the past month by Russian-regime attacks on Idlib Province in northwest Syria, the UN reports.

The fleeing civilians bring the total to more than 750,000 since a Russia-regime offensive was launched in late April to overrun the greater Idlib area, the last major opposition territory in Syria. About 1,200 civilians have been killed and thousands wounded by bombing and shelling. Around 70 medical facilities, more than 100 schools, mosques, markets, and other infrastructure have been struck.

The UN Office for the Coordination of Humanitarian Affairs summarized the crisis in its latest report. It said most of the civilians have moved to cities or to the overcrowded area near the Turkish border, closed since 2016.

“This latest wave of displacement compounds an already dire humanitarian situation on the ground in Idlib,” David Swanson, the UN regional spokesman for Syria, told Reuters.

On Tuesday Russia broke its own ceasefire, announced with Turkey last weekend, after only two days. On Wednesday, Russian-regime attacks killed at least 21 civilians and wounded 82.

The UN has said the assault is tantamount to a war crime, but the international community has been unwilling and/or unable to intervene to protect civilians. Russia, using its veto in the Security Council, forced a reduction in UN cross-border aid earlier this month.

Russia’s Ministry of Defense defied the reports of residents, rescuers, and activists, saying it had not conducted military flights since January 9.

About 3 million people, 20% of Syria’s population, live in the greater Idlib area. Russia and the regime have seized almost all of northern Hama Province and part of southern Idlib, and are attacking western Aleppo Province.

Turkish Defence Minister Hulusi Akar said on Wednesday, after Turkish and Assad regime heads of intelligence met in Moscow, that Turkey and Russia are discussing a secure zone in Idlib where civilians can shelter.

Turkish President Recep Tayyip Erdoğan insisted that Turkey, which intervened in northern Syria in August 2016, is determined to prevent the breakdown of the ceasefire, and Akar said, “Our Idlib friends who have become refugees don’t want to go to a government-controlled area.”

But a well-placed EA source said, “Turkey officially gave up on trying to implement a ceasefire in greater Idlib, since Russia signaled them there’s no way to stop them from occupying. More or less Turkey told rebels they’re on their own.”

The source noted that the Assad regime and foreign militias have moved troops to frontlines in both Idlib and Aleppo.

“I fear without international intervention, which seems impossible, greater Idlib will fall,” he said.

Turkish has been alongside anti-Assad forces in the northwest since its August 2016 intervention. But Ankara’s military have been powerless since the Russian-regime offensive shattered a September 2018 agreement between Erdoğan and Russian counterpart Vladimir Putin for a “de-escalation zone”.

Turkish observation posts in Idlib and northern Hama have been surrounded. When Ankara tried to move forces to southern Idlib last spring, they were cut off by Russian bombing of a main highway.