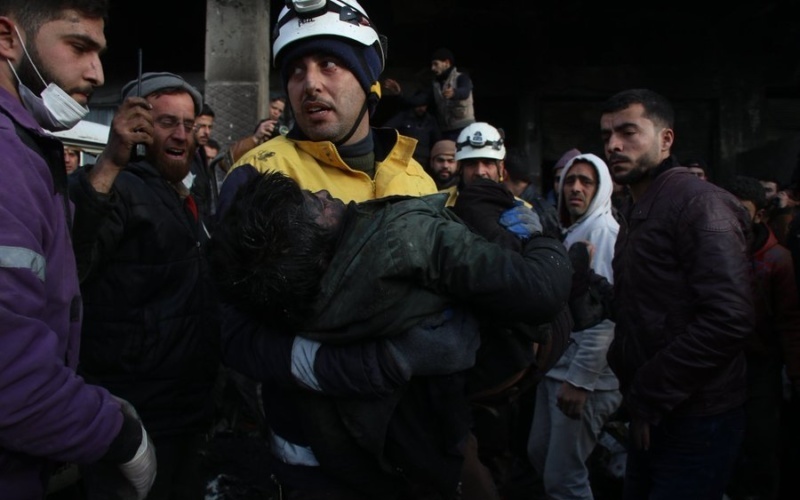 Russia and the Assad regime resumed their mass killing in Idlib Province in northwest Syria on Wednesday, only three days after Moscow and Turkey had declared a ceasefire for the last opposition area of the country.

The Assad regime continued shelling despite the supposed halt to attacks, and Russia returned to bombing on Tuesday. Yesterday the assault escalated, including strikes on markets and civil defense centers.

At least 21 people were killed and 82 injured. The White Helmets civil defense warned that the toll was likely to rise, as bodies were retrieved from rubble.

The targeted towns and cities included Ariha and Idlib city. A White Helmets rescuer, Shadi al-Assad, was among the victims.

Scenes from the evacuation of the terrified civilians, and rescuing many injured, after the airstrikes that hit the popular market in the city of #Ariha in #Idlib today, which resulted in the injury of 7 people. pic.twitter.com/bR54i50Md1

OGN reports directly from the site of today's regime airstrike on #Idlib city and shows the scenes of carnage and destruction. pic.twitter.com/2nCMwkBlSe

Since launching an offensive to overrun the greater Idlib area in late April, Russian-regime attacks have killed about 1,200 civilians, wounded thousands, and displaced more than 600,000. Almost 70 medical facilities, more than 100 schools, mosques, markets, and other civilian sites have been bombed and shelled.

Russia and the regime have seized almost of northern Hama Province and part of southern Idlib. Turkey — which entered northern Syria in August 2016 and declared a “de-escalation zone” alongside Moscow in September 2018 — has been unable to check the assault.

As with previous “ceasefires” in other areas of Syria which have soon been shattered amid Russian-regime siege, bombing, and ground assaults, Moscow announced on Sunday that “humanitarian corridors” had been opened for civilians to leave opposition territory. Residents said the regime dropped leaflets telling people to flee or face renewed attacks, but almost no one showed up at the corridor checkpoints.

On Tuesday, Russia resumed bombing in southern Idlib, including on the towns of Khan al-Subl and Maasaran.

As air attacks by the regime/Russia are intensified beyond belief, critical search and rescue continues unabated. A boy is miraculously lifted out of a grave of debris. Today 19 innocents have been murdered in #Idlib while 65 have been injured. pic.twitter.com/bj2BkPqEBd 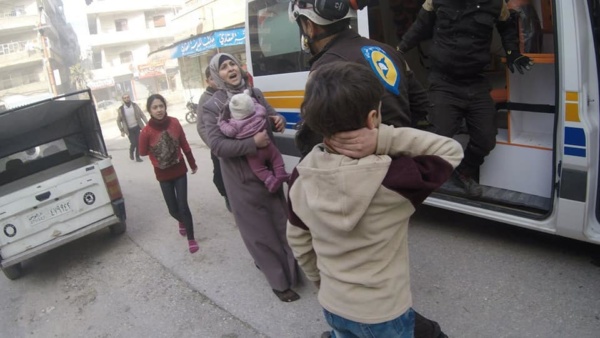 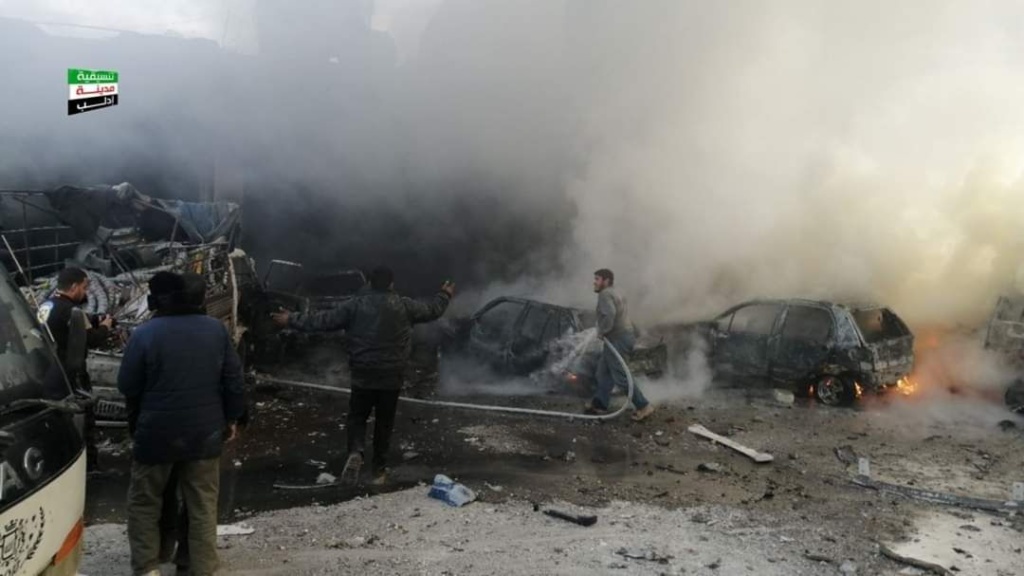