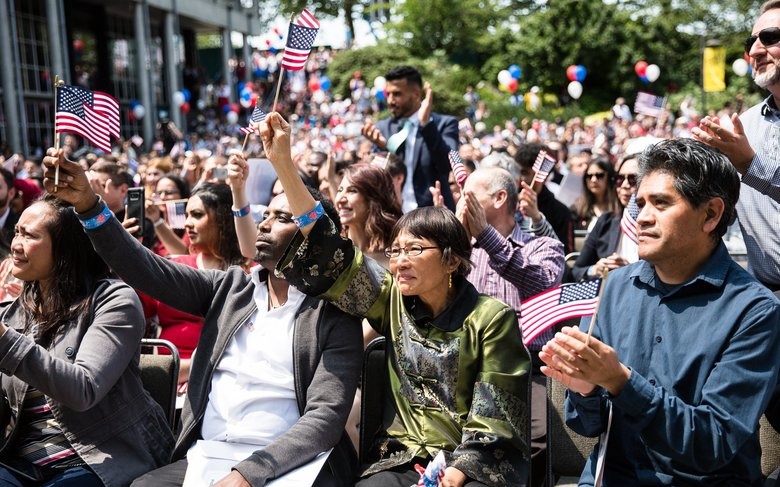 A federal judge blocks a Trump Administration requirement that immigrants prove they have health insurance or can pay for medical care before they get visas.

Judge Michael Simon of the US District Court in Portland, Oregon granted a temporary restraining order to prevent the rule from going into effect on Sunday.

Seven US citizens and a non-profit organization filed the lawsuit on Wednesday, arguing that almost two-thirds of all prospective legal immigrants will be blocked. They say immigrants on family-sponsored visas will be particularly affected.

Donald Trump issued the proclamation in early October targeting people seeking immigrant visas from abroad. It followed months of planning by hardline anti-immigrant advisor Stephen Miller, who is seeking to cut legal immigration in the US by about 25%.

Under the proclamation, immigrants must establish they are covered by health insurance within 30 days of entering the US or have enough financial resources to cover medical costs.

The immigrants cannot use Medicaid or subsidies under ObamaCare, which the Trump Administration is trying to curb.

Courts have also blocked the Trump Administration’s efforts to deny residency to immigrants who use public services such as Medicaid or food stamps.

The share of immigrants without health insurance dropped from 32% to 20% from 2013 to 2017, following implementation of Obama.

Jesse Bless of the American Immigration Lawyers Association said of Sunday’s suspension of the Administration rule, “Countless thousands across the country can breathe a sigh of relief today because the court recognized the urgent and irreparable harm that would have been inflicted.”

Judge Simon did not indicate when he will decide on the merits of the case.