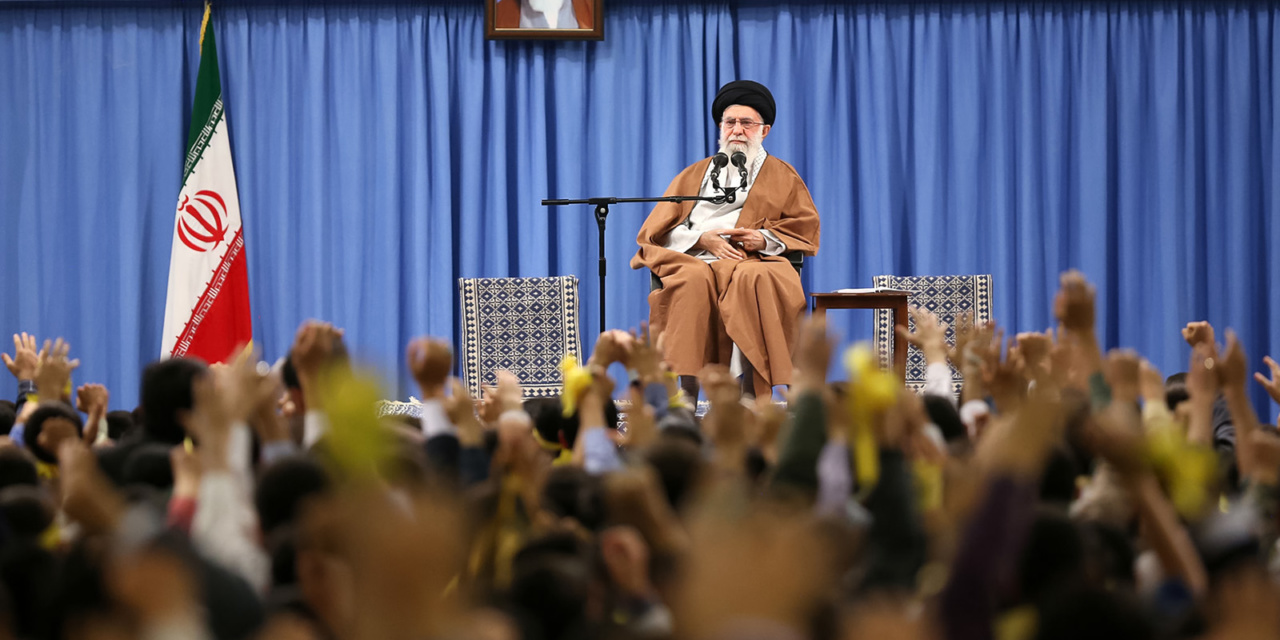 Iran’s Supreme Leader has firmly rejected any talks with Donald Trump and belittled French President Emmanuel Macron, who has tried to mediate between Tehran and Washington over the 2015 nuclear deal and tensions in the Persian Gulf.

Ayatollah Khamenei said on Sunday, ahead of the anniversary of the 1979 seizure of the US Embassy in Tehran, “The French President believed a meeting with Trump would solve all of Iran’s problems. He is either naive or an accomplice of the United States.”

In the summer, Khamenei slightly shifted his position that any discussions with the US would be “poison”, following Trump’s withdrawal from the nuclear deal in May 2018. The Supreme Leader said talks could occur if the US fully lifted comprehensive sanctions that were imposed last November.

Macron tried to arrange an encounter between Trump, who is seeking a photo opportunity with Iranian leaders, and President Hassan Rouhani. But in September, Rouhani balked at a virtual meeting on the sidelines of the UN General Assembly in New York: as Macron stood outside, he refused to leave his hotel suite and go to a conference room where Trump would be heard on speaker.

The Supreme Leader signaled an abandonment of any initiative via Paris:

Give up these expectations. Wait no longer, and do not pin your hopes on foreigners. Some imagine that negotiations will solve all problems. This is 100% wrong.

The French effort has stalled as Iran continues to reject a European Union mechanism, INSTEX, to bypass US sanctions. Tehran says the mechanism, launched in February, has “humiliating conditions” such as criticism of the Iran’s missile program, its activities in the Middle East, and its alleged involvement in assassination and bomb plots in Europe.

The Supreme Leader chided the EU for not lifting the criticisms: “These delays leave investors and businesses undecided and push the country toward stagnation and backwardness.”

Khamenei used the anniversary of the Embassy seizure, with the holding of 52 American personnel for 444 days, to declare the Islamic Republic’s defiance of Washington:

Our most important confrontation with the United States was to block the way for American political re-infiltration into our country’s foundation. Avoiding negotiations is also one of the ways to block American infiltration. It means that there is a nation in the world that does not recognize the usurpation, tyrannical power, and international dictatorship of the U.S.