Iran Daily: Rouhani — “War With Iran is Mother of All Wars” 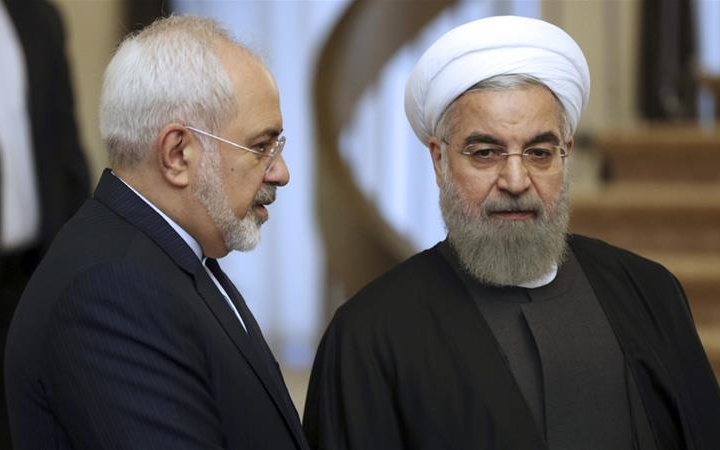 Iran’s President Hassan Rouhani has issued a further warning to Western nations against military action, including protection of oil tankers in the Strait of Hormuz.

The President effectively linked security in the Strait, through which 1/5th of the world’s oil passes, to a tanker swap with the UK.

On July 19, the Revolutionary Guards boarded the UK-flagged, Swedish-owned tanker Stena Impero in the Strait of Hormuz, taking it to Bushehr. The interception followed the Supreme Leader’s declaration that Iran would retaliate for “UK piracy” — Britain’s impoundment of an Iranian supertanker, suspected of taking oil to Syria’s Assad regime, off the coast of Gibraltar on July 4.

The UK Government said last month, after the seizure of the Stena Impero, that the Royal Navy will escort tankers through the Strait of Hormuz. On Monday, London said two naval vessels will operate alongside the US Navy, responding to the “increased threat”.

“Our aim is to build the broadest international support to uphold freedom of navigation in the region, as protected under international law,” Foreign Secretary Dominic Raab said.

Rouhani implicitly repeated a proposal made by Foreign Minister Mohammad Javad Zarif just before the seizure of the Stena Impero, with Iran accepting enhanced inspections of its nuclear program if the US permanently removes all sanctions.

Zarif has also faced challenges from Iranian hardliners for supposedly being too “weak” in the approach to the Trump Administration, which withdrew from the 2015 nuclear deal in May 2018 and imposed comprehensive sanctions last November.

“If it were not for the hard work of Dr Zarif and his good colleagues and the help of the Atomic Energy Organisation and other organs, the JCPOA [nuclear deal] could not have been reached,” Rouhani told the Foreign Ministry staff.

Zarif: I Was Sanctioned After Refusal to Meet Trump

Zarif said Monday that he was sanctioned after he refused to meet Donald Trump.

In a press conference, the Foreign Minister said the “defeat for diplomacy” came after he turned down the invitation through Sen. Rand Paul of Kentucky, tapped by Trump as an unofficial emissary.

The US sanctions freeze any assets that Zarif holds in America, and nominally ban his travel — although, as an Iranian diplomat, he can move within Washington and New York.

Iranian officials, including Parliament Speaker Ali Larijani, met Zarif on Monday morning to support him over the US sanctions and domestic criticism.

The Foreign Minister used the press conference to assail not only the Trump Administration but also the UK, saying that it abets American “economic terrorism”.