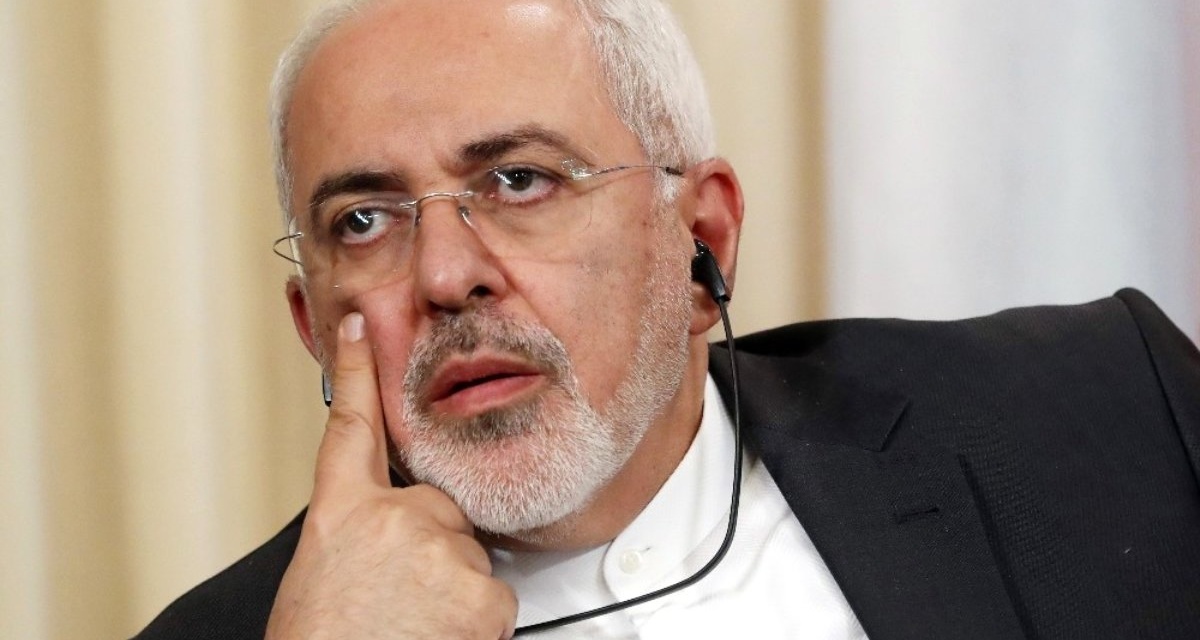 This spring, as part of its “maximum pressure” to break the Iranian economy, the Administration tightened last November’s comprehensive sanctions. Zarif was among political and military officials named, with freezing of any assets that they hold abroad.

The blacklisting of Zarif was largely symbolic — he noted that he had no foreign assets to freeze. However, given that he was the lead Iranian negotiator for the 2015 nuclear agreement with the 5+1 Powers, it marked Washington’s further attack on that deal after withdrawing from it in May 2018.

On Wednesday, US Secretary of State Mike Pompeo confirmed the punishment, describing Zarif as the “chief apologist” for the Supreme Leader.

Recently, President @realDonaldTrump sanctioned Iran’s Supreme Leader, who enriched himself at the expense of the Iranian people. Today, the U.S. designated his chief apologist @JZarif. He’s just as complicit in the regime’s outlaw behavior as the rest of @khamenei_ir’s mafia. pic.twitter.com/XhDdqR6rik

The statement was an amplification of Treasury Secretary Steven Mnuchin’s denunciation of Zarif when the sanctions were announced last month: “Javad Zarif implements the reckless agenda of Iran’s Supreme Leader, and is the regime’s primary spokesperson around the world.”

The Foreign Minister continued his dismissal of Trump’s officials via Twitter:

The US' reason for designating me is that I am Iran's "primary spokesperson around the world"
Is the truth really that painful?
It has no effect on me or my family, as I have no property or interests outside of Iran.
Thank you for considering me such a huge threat to your agenda.

Zarif continued that Pompeo will “have to explain why he — & his boss — call Iran a terrorist nation…[and] employ Economic Terrorism against [the] entire Iranian people.”

President Hassan Rouhani added that the targeting of Zarif is “childish” and a barrier to diplomacy.

While Zarif’s financial assets are targeted, the US has not issued the travel ban imposed on other Iranian officials.

The Foreign Minister made a diplomatic tour of New York earlier this month, meeting officials, speaking at think tanks, and giving interviews to journalists. He offered the renewal of nuclear talks with the US — if the Administration permanently lifted sanctions — but was immediately overtaken by the Revolutionary Guards’ seizure of a UK-flagged tanker in the Strait of Hormuz.

Pompeo’s statement may also have been an attempt to cover an Administration step back from maximum enforcement of its sanctions.

“I think the idea here is we are watching those nuclear activities very, very closely,” Bolton said. “So this is a short 90-day extension.”

Treasury Secretary Mnuchin reported argued for renewal of the waivers, pushing back objections from Pompeo and Bolton. Mnuchin said that, without the waviers, the US would have to sanctions all the firms involved in Iranian projects as part of the nuclear deal.

President Hassan Rouhani and other Iranian officials said this month that Iran will suspend its commitment under the deal to suspend construction of Arak until it is re-designed. The provision in the nuclear agreeement sought to reduce the by-product of plutonium, which can be used in a military nuclear program.