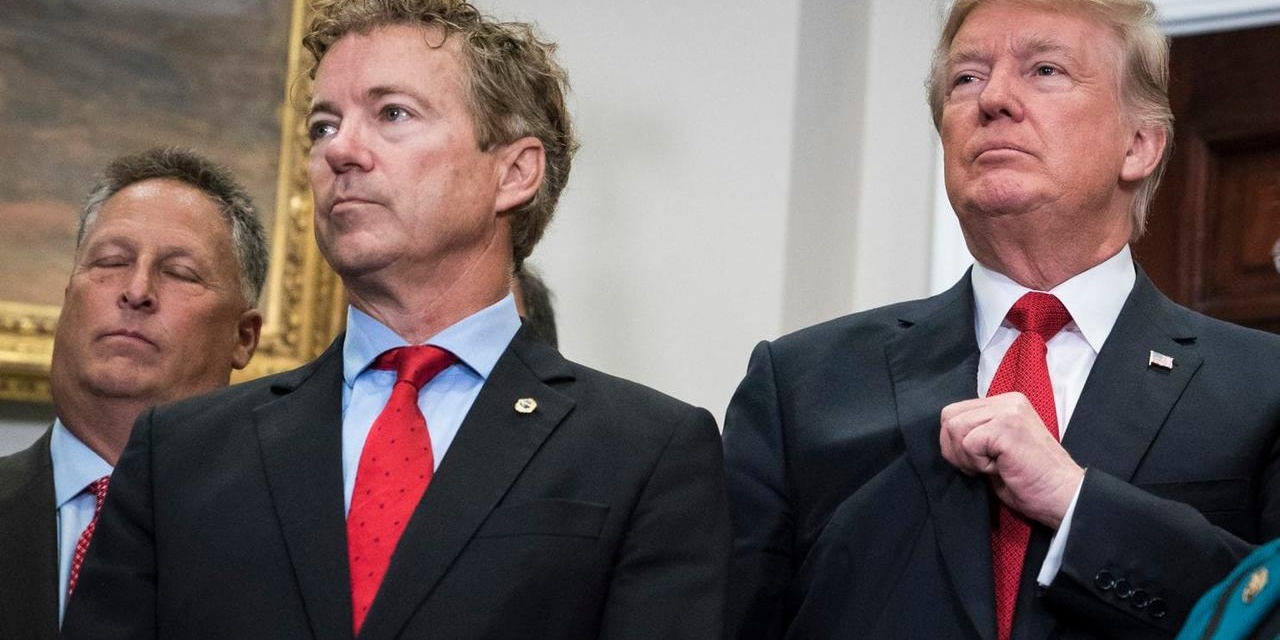 Iran’s Foreign Minister Mohammad Javad Zarif turned down an invitation in July for a White House meeting with Donald Trump.

Citing “American and Iranian sources and a well-informed diplomat”, Robin Wright of The New Yorker details the approach to Zarif as he made a diplomatic tour of New York, with appearances at think tanks and interviews with journalists.

The invitation was extended by Sen. Rand Paul of Kentucky, tapped by Trump as a go-between, during a New York meeting with Zarif on July 15. The sources told Wright that Paul, backed by Trump, had been working on the initiative for “several tanks”.

The Senator proceeded as tensions between the US and Iran spiked. Explosions damaged oil tankers in the Gulf of Oman, near the Strait of Hormuz through which 1/6th of the world’s oil passes. After Iran downed a US drone, Trump approved but quickly vetoed American airstrikes on radar and anti-aircraft positions within the Islamic Republic. At the start of July, the UK impounded an Iranian supertanker off the coast of Gibraltar, and the Revolutionary Guards failed to intercept a British tanker a week later when a Royal Navy frigate intervened.

But Trump has long wanted a face-to-face encounter with an Iranian leader, even as his Administration tightened sanctions following withdrawal in May 2018 from the nuclear deal with Tehran. On July 14, Paul discussed the initiative with Trump during a round of golf at a Trump country club in Sterling, Virginia.

The next day, Paul and Zarif discussed the escalation of tensions, with the Iranian Foreign Minister suggesting steps to pull back US sanctions and renew the nuclear deal with the 5+1 Powers (US, UK, France, Germany, China, and Russia). He proposed an Iranian law affirming a 2010 fatwa by the Supreme Leader against the use of nuclear weapons. If Trump lifted sanctions on Iran, through an approach to Congress, the Islamic Republic would ratify the Additional Protocol to the Nuclear Non-Proliferation Treaty, permitting more extensive inspections of nuclear sites.

Paul then proposed the White House meeting as early as that week. Zarif said he could not make the decision and would have to consult with Tehran. The Iranian leadership turned down the approach.

Tehran has long been sceptical of Trump’s pursuit of a face-to-face meeting, seeing it as no more than a photo opportunity similar to Trump’s embrace of North Korean leader Kim Jong-un. Zarif had scoffed at Trump’s summits with Kim, “We don’t just do a talk for a photo opportunity and a two-page document. We have a hundred-and-fifty-page document [the 2015 nuclear agreement].”

On July 18, Zarif used a New York speech to make his offer of extensive inspections of Iran’s nuclear facilities, in return for the permanent lifting of US sanctions. Without revealing the White House invitation and its veto by Tehran, he told reporters:

It’s not about photo ops. We are interested in substance. There are other substantial moves that can be made.

The next day, diplomatic maneuvers were overtaken by the Revolutionary Guards’ seizure of a UK-flagged tanker in the Strait of Hormuz, fulfilling the Supreme Leader’s vow to retaliate against the “piracy” of the “vicious UK Government”.

On July 31, the Trump Administration confirmed sanctions against Zarif, nominally seizing any property the Foreign Minister has in the US.

If you sanction diplomats you’ll have less diplomacy. https://t.co/ayJIMHZw57