Trump — My Tariffs Wiped Out The Entire Chinese Economy 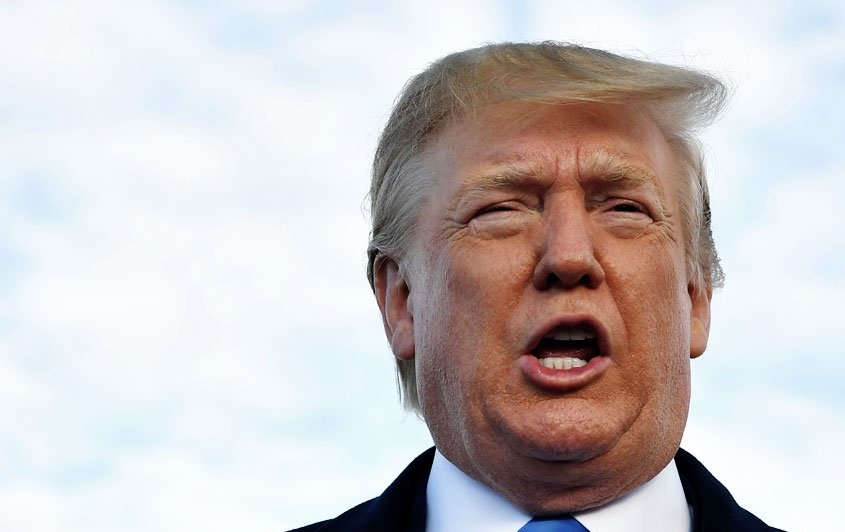 In his latest lie, Donald Trump has boasted that his tariffs have wiped out the entire Chinese economy.

Trump said in a Monday morning interview with CNBC that his trade war, including the recent escalation of duties to 25% on $250 billion of China’s products and the threat to charge the remaining $300 billion of imports, meant Beijing has “lost 15 to 20 trillion dollars in value since the day I was elected”.

Last month Trump announced the tariff rise from 10% to 25%, on the same day that US-China trade talks broke down in Washington. He has declared that Beijing is being damaged as “many firms are leaving China for other countries, including the United States” and that “the US is taking in Billions” in revenue.

The reality is far different, according to economists. They estimate the 25% tariff could reduce China’s growth by 0.8%, about $100 billion dollars rather than $15 to $20 trillion.

But they project the blow to US GDP could be much greater, reaching $1.3 trillion. And the “billions” that Trump says the Government is reaping are not coming from China — instead, consumers are estimated to pay 40% of the bill through increased prices, with the other 60% split between producers and retailer absorbing the rising import costs.

Far from surrendering to Trump’s rhetoric and orders, China has retaliated with higher charges on US imports. President Xi Jinping has invoked the Long March, the Communist march of thousands of miles in the 1930s to avoid defeat by the Chinese Government.

In the interview, Trump continued his deception over a failed tariff threat against Mexico. He maintained that the US “got everything we wanted” with a Friday agreement which averted his order to impose a 5% duty, potentially rising to 25%, against the Mexicans.

In fact, the agreement continued no new provisions over the treatment of migrants moving through Mexico towards the US borders. The Mexican Foreign Minister and his delegation merely reiterated commitments, for increased deployment of security personnel and the hosting of some migrants awaiting asylum decisions in the US, that were made in December and March.

Undeterred — or perhaps encouraged by his falsehood — Trump wagged his threatening finger at France, raising the tariff on its wine:

We’re paying a lot of money to put our product into France and you’re letting, meaning this country, is allowing this French wine — which are some great wines, but we have great wines too — allowing it to come in for nothing. It’s not fair.

Trump fired another shot at China. He said that, if President Xi did not meet him on the sidelines of the G20 summit in late June, he would impose the 25% on the remaining $300 billion of Chinese imports.