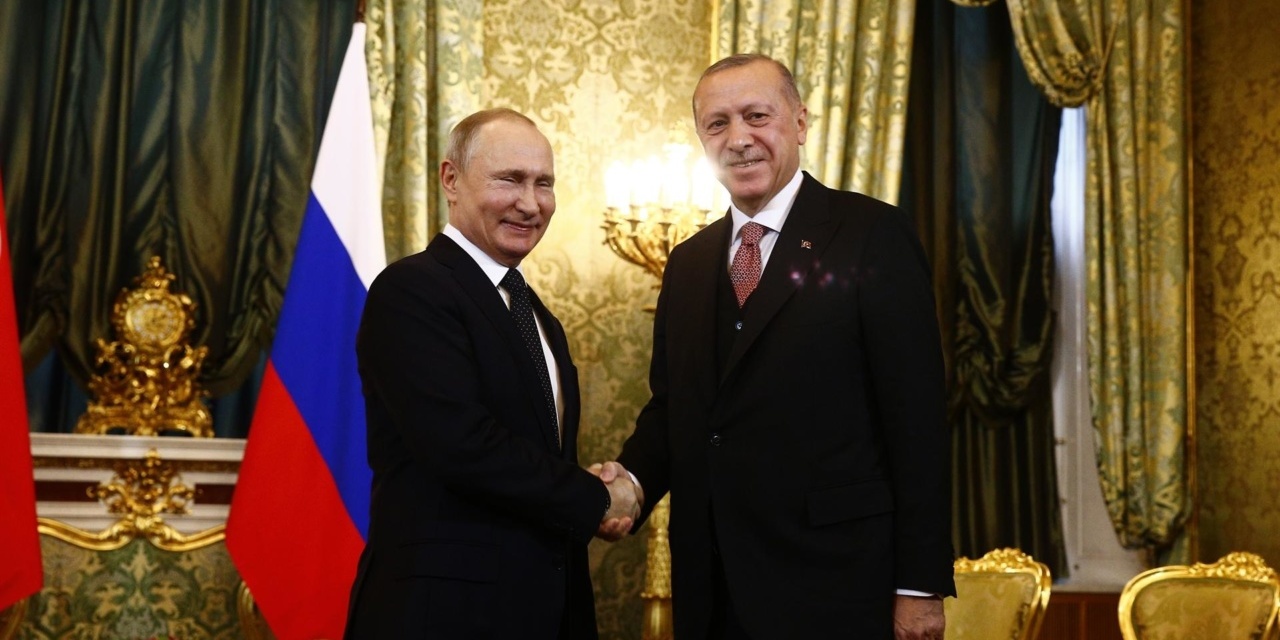 The two men said nothing on Monday about the regime shelling, which has killed scores of civilians in Idlib and northern Hama Province, including at least 47 in a 10-day period in mid-February and at least 38 since last Wednesday.

Instead, Putin made a cursory reference to recent operations which were supposed to prevent conflict between regime forces and anti-Assad fighters: “We discussed the current situation in the Idlib de-escalation zone and the prospects for the comprehensive implementation of the Sochi memorandum….We are basically entering joint patrolling, at least patrolling from two sides.”

Local sources said one of those Turkish patrols was forced to halt last weekend to avoid being caught up in the Assad regime’s bombardment of eastern Idlib. A Turkey military observation post was close to regime shelling of a northern village in northern Hama.

Meanwhile, Russia — far from trying to check the escalating attacks — has joined them. Moscow has carried out airstrikes on western Idlib Province, including near Jisr al-Shughour, on the pretext that it is targeting “terrorists”.

Russian State media made only passing reference to Syria, preferring to headline Russia’s delivery of advanced S-400 anti-aircraft missile systems to Turkey — an accord that has angered the US.

Erdoğan gave Russia the assurance that Turkey will remove the hardline Islamic bloc HTS, which controls much of Idlib and northern Hama: “To date we have taken the steps we should take in Idlib, and we will continue to do so. Because retreat is impossible.”

But his priority was on Ankara’s objective of pushing back Kurdish forces, notably the YPG militia, in Kurdish-held terrority in northern Syria.

Turkey considers the YPG, overseen by the Kurdish Democratic Union Party (PYD), to be part of the Turkish Kurdish insurgency PKK:

Ankara will never allow an entity that poses a threat to Turkish and Syrian territorial integrity….On the basis of our common understanding with Russia, we are determined to dismantle the terrorism from Syria that threatens our national security.

Erdoğan has proposed a 32-km (20-mile) deep zone along the Turkish-Syrian border which is free of YPG fighters.

HTS said that it carried out a retaliatory attack in northern Hama on Tuesday, striking a regime checkpoint with a suicide bomb.

Assad regime media said the fighters were dressed as local farmers when they approached the checkpoing in Taybat al-Imam about 3 am.

A “military source” acknowledged three soldiers died while “all members of the terrorist group” were killed and a tank destroying them was destroyed.

Despite the demilitarized zone, regime forces and HTS have clashed throughout northern Hama. The anti-Assad bloc has stepped up its attacks on checkpoints in response to the regime bombardment of civilian areas.