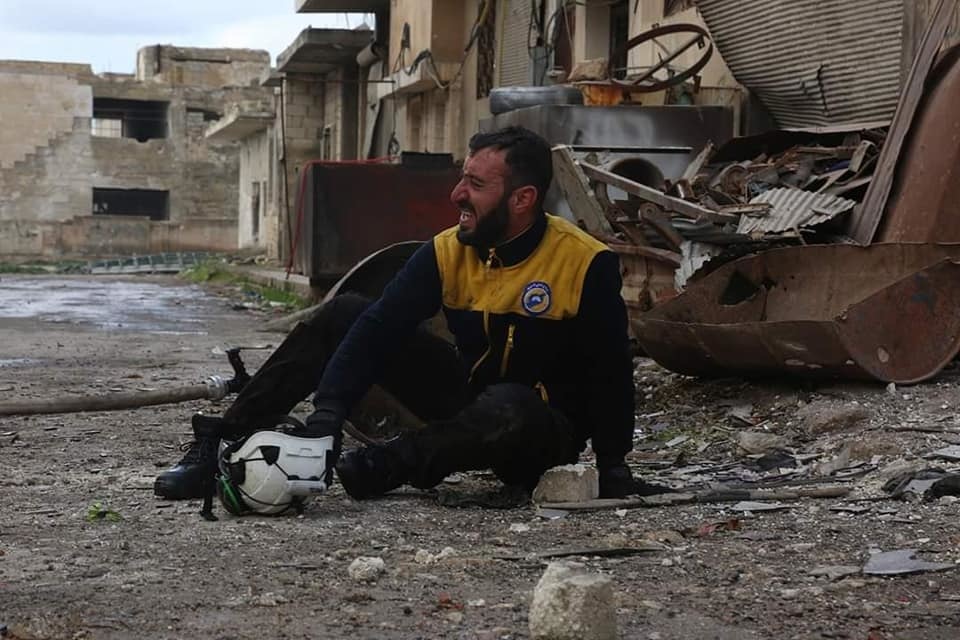 The Assad regime continued its deadly bombardment of civilians in Idlib Province in northwest Syria on Sunday, breaking the demilitarized zone agreed by Russia and Turkey last September.

In the most sustained assault on civilian areas since then, the regime shelled cities and a town such as Khan Sheikhoun and Ma’arat al-Num’an for a third consecutive day. Attacks were also reported inside the zone in northern Hama Province. The bombardment continued throughout the day and into the night.

A woman was burned to death in Khan Sheikhoun, her demise captured in pictures and video, and several other civilians injured. 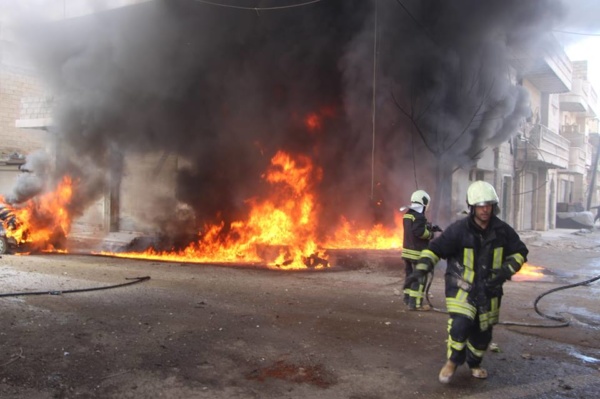 At least 23 people, most of them women and children, have been slain by shells and rockets since Friday.

Last Thursday, Russian and Turkish leaders Vladimir Putin and Recep Tayyip Erdoğan, at a summit with Iranian President Hassan Rouhani in southern Russia on Thursday, did not refer to the pro-Assad attacks since September. Instead Putin said, “We should not put up with the presence of terrorist groups in Idlib.”

The silence has continued through the weekend. In its place, Russian Deputy Foreign Minister Sergey Vershinin said on Sunday, on the sidelines of the Munich Security Conference, that “any compromise with terrorists in Syria’s Idlib is impossible and they must be eliminated”.

Ankara was also quiet despite its military forces alongside rebels in Idlib. Speaking at the Munich conference, Defense Secretary Hulusi Akar concentrated on the presentation of a Turkish-Russian effrot to maintain the demilitarized zone:

We are all aware that it is not an easy job, but in coordination with the Russians we are trying to do our best. It is also very important that we avoid another humanitarian disaster, [with the] influx of refugees to Turkey.

He added that the joint works had managed to stop ceasefire violations.

A child was injured after renewed artillery shelling on #KhanSheikhun city this morning bu the regime forces. Our teams are working on immediate response, inspecting affected locations, assisting the wounded. #Syria #Idlib pic.twitter.com/ACihvJGWPj

#now#video
Once again, the rocket shelling by the Assad forces renewed the town of Ma'arat al-Nu'man in the southern Idlib countryside#Syria #Idlib #EyesOnIdlib #MaaratAlNuman pic.twitter.com/12TADXicGJ