Under Assad Regime Attack: A 1st-Hand Account from Idlib Province 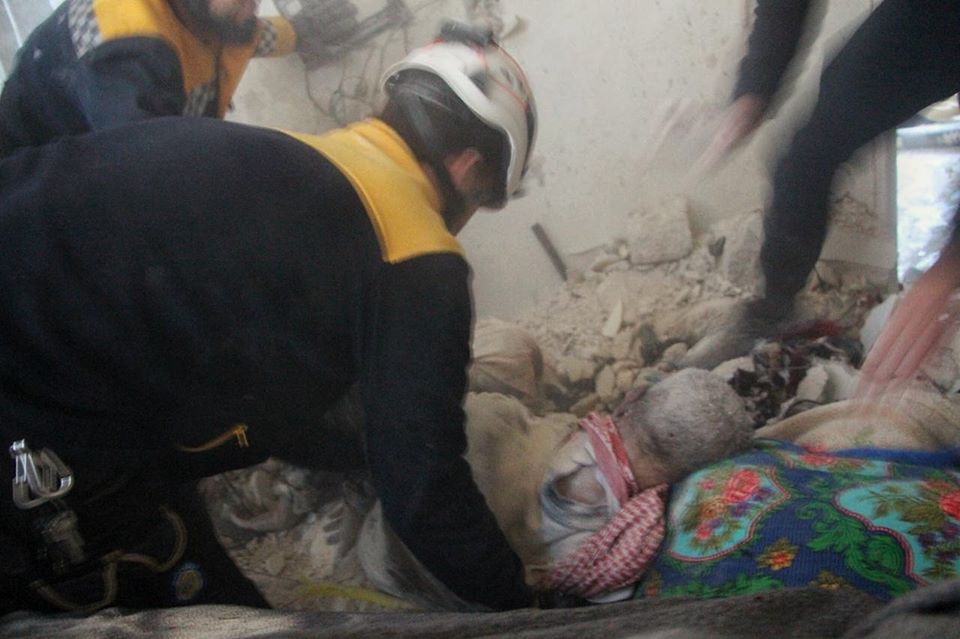 Fareed is a citizen journalist in the city of Ma’arat al-Num’an in Idlib Province in northwest Syria.

This is his first-hand account of life under bombardment, amid shelling by Assad regime forces which has killed at least 22 civilians in Idlib Province since Friday:

Since the morning, Assad’s forces have started shelling cluster bombs on the southern Idlib countryside.

The first city was Khan Sheikhoun. [Then] at 1:20 the shelling began on the city of Ma’arat al-Nu’man.

When the first rocket landed on my city, I was very afraid. My heart almost stopped from fear
People started running down the streets to hide from the shelling.

My sisters and children in school — I was very afraid for them.

When I was there, an observer said there is a rocket in the sky. I ran and ran awa.

The rocket landed 500 meters away from me. My legs no longer carry me with fear.

Finally I went to my workplace and took a break. There were many dead and wounded civilians and children.
We were afraid of cluster bombs falling on us.

This is our life --- when you live in the most dangerous country in the world. Click To Tweet

Now I am very tired. Today was very difficult from the severity of the bombing. I’m going to sleep for comfort.

Please everyone pray for us.