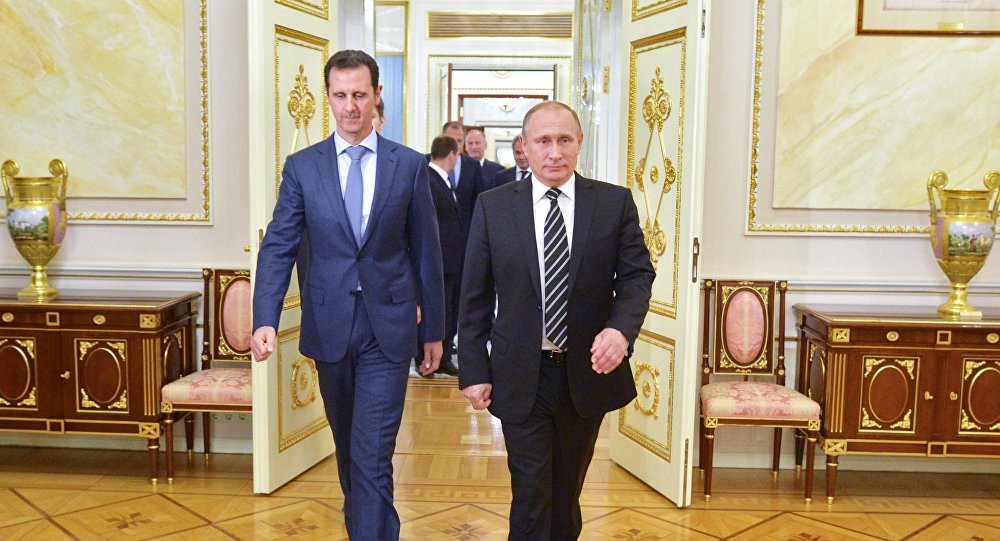 Russia’s President Vladimir Putin has confirmed to his Assad regime allies that there will be no Russian-regime offensive to reoccupy Idlib Province in northwest Syria.

Putin said on Wednesday that the demilitarized zone around Idlib and northern Hama, declared last month by Russia and Turkey, is “effective”:

I have every reason to believe that we will achieve our goals.

On Tuesday, the Assad regime’s Foreign Minister, Walid al-Moallem, appeared to concede acceptance of the zone beteween regime and opposition areas. In contrast to the regime’s insistence that it will regain “every inch” of Syria, Moallem said, “According to our information, we believe that Turkey is capable of carrying out its obligations.”

Throughout the summer Russia and the regime planned for an assault to overrun the opposition territory, with an estimated 3 million people — half of them displaced from other areas of Syria. But Turkey, whose forces have been alongside rebels in the northwest since August 2016, refused to give way.

The demilitarized zone was announced after a meeting between Putin and Turkish President Recep Tayyip Erdoğan on September 17. It is 15 to 20 km (9 to 12.5 miles) wide and 100 km (62 miles) long.

The two countries have said that the jihadist bloc Hay’at Tahrir al-Sham must leave the zone by mid-October. It is unclear if rebel factions must depart.

Israel has dismissed the Russian supply of S-300 air defense systems to the Assad regime, saying that its stealth fighters can defeat and possibly destroy them.

Russian officials announced on Tuesday that the long-delayed delivery of the systems had been completed. Moscow made its commitment after a Russian surveillance plane with 15 personnel was accidentally downed on September 17 by a regime S-200 missile, amid an Israeli attack on targets in western Syria.

The operational abilities of the air force are such that those (S-300) batteries really do not constrain the air force’s abilities to act. You know that we have stealth fighters, the best planes in the world. These batteries are not even able to detect them.

Israel began receiving F-35 Joint Strike Fighters from the US more than a year ago.

The US military issued its objection to the S-300s yesterday:

The Pentagon on Russia’s delivery of the S-300 air defense system to Syria: "Providing these air defense capabilities to the Syrian Regime is frankly irresponsible" and "appears to be intended to provide additional cover to the nefarious activities of its partners Iran & Syria"