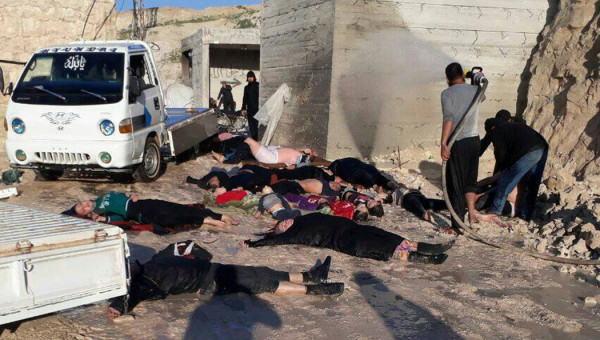 Bodies in a street in Khan Sheikhoun in northwest Syria after a nerve agent attack by the Assad regime, April 4, 2017

The BBC, working with specialist researchers, has investigated 164 claims of chemical weapons attacks in Syria since 2014. It claims verification of assaults on 106 sites — 101 by the Assad regime and five by the Islamic State.

The BBC Panorama documentary features interviews with survivors of the sarin and chlorine attacks, as well as chemical weapons experts.

The study only covers attacks since the Assad regime signed up under pressure to the Chemical Weapons Convention. This excludes operations before 2014, such as the August 2013 sarin attacks near Damascus that are estimated to have killed more than 1,400 people. 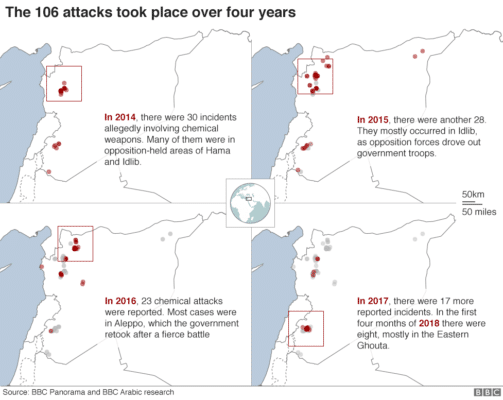 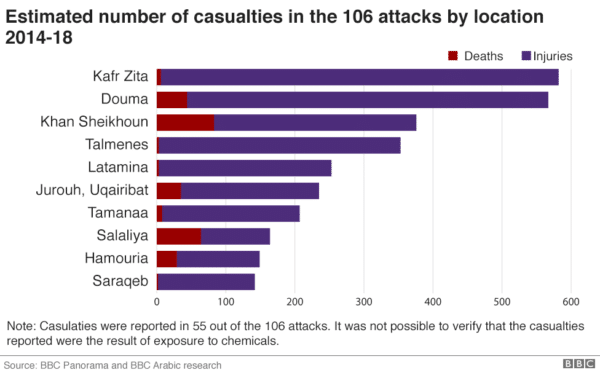