“If you tell a lie big enough and keep repeating it, people will eventually come to believe it. The lie can be maintained only for such time as the State can shield the people from the political, economic and/or military consequences of the lie. It thus becomes vitally important for the State to use all of its powers to repress dissent, for the truth is the mortal enemy of the lie, and thus by extension, the truth is the greatest enemy of the State.”

“The loud little handful–as usual–will shout for the war. The pulpit will–warily and cautiously–object–at first; the great, big, dull bulk of the nation will rub its sleepy eyes and try to make out why there should be a war, and will say, earnestly and indignantly, ‘It is unjust and dishonorable, and there is no necessity for it.’ Then the handful will shout louder. A few fair men on the other side will argue and reason against the war with speech and pen, and at first will have a hearing and be applauded; but it will not last long; those others will outshout them, and presently the anti-war audiences will thin out and lose popularity. Before long you will see this curious thing: the speakers stoned from the platform, and free speech strangled by hordes of furious men who in their secret hearts are still at one with those stoned speakers–as earlier–but do not dare say so. And now the whole nation — pulpit and all —will take up the war-cry, and shout itself hoarse, and mob any honest man who ventures to open his mouth; and presently such mouths will cease to open. Next the statesmen will invent cheap lies, putting the blame upon the nation that is attacked, and every man will be glad of those conscience-soothing falsities, and will diligently study them, and refuse to examine any refutations of them; and thus he will by and by convince himself the war is just, and will thank God for the better sleep he enjoys after this process of grotesque self-deception.”

I. INTRODUCTION — IT’S A “FAKE NEWS” JUNGLE OUT THERE

IN THE CONTEXT OF RUSSIAN “INFORMATION WARFARE”

A. THERE IS NO FIXED “OBJECTIVITY” — FACTS ARE ALWAYS IN CONTESTED CONTEXTS AND ENVIRONMENTS

1. IN PART, FROM AN INDIVIDUAL PERSPECTIVE
2. BUT IN LARGE PART, FROM THE QUEST FOR POWER AND CONTROL
3. INFORMATION IS POLITICAL

4. IT IS NOT THE FACT, BUT THE CONSENSUS, WHICH DETERMINES THE “FACT”

C. HOW DO YOU TAKE CONTROL OF A SECURE SPACE IN THIS CONTEST?

III. AUTONOMY? THE DOUBLE EDGE OF NETWORKS AND “AUTHORITY”

A. AUTONOMY — THE “LIBERATION” OF CONNECTION AND INFORMATION

B. CONTAINMENT — THE SELF-REGULATION OF NETWORKS

A. ISSUES OF DISTRIBUTION
B. ISSUES OF RECEPTION
C. IS NEGOTIATION ENABLED OR MINIMIZED?

V. THE POWER IS IN YOUR SELECTION

1. FOR INFORMATION
2. FOR ANALYSIS
3. FOR DISSEMINATION

A. HERE THERE BE MONSTERS IN THE “GLOBAL VILLAGE”

B. AND IT’S NOT A LEVEL PLAYING FIELD

C. BUT HERE THERE BE FRIENDS AS WELL

VII. SO WHAT’S NEXT? THE TOOLS 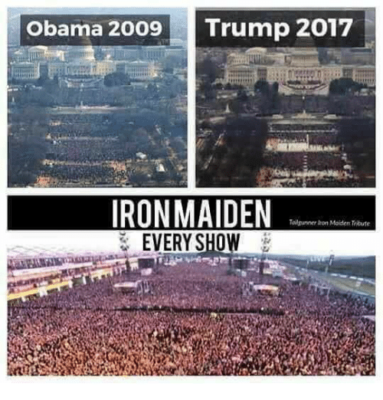