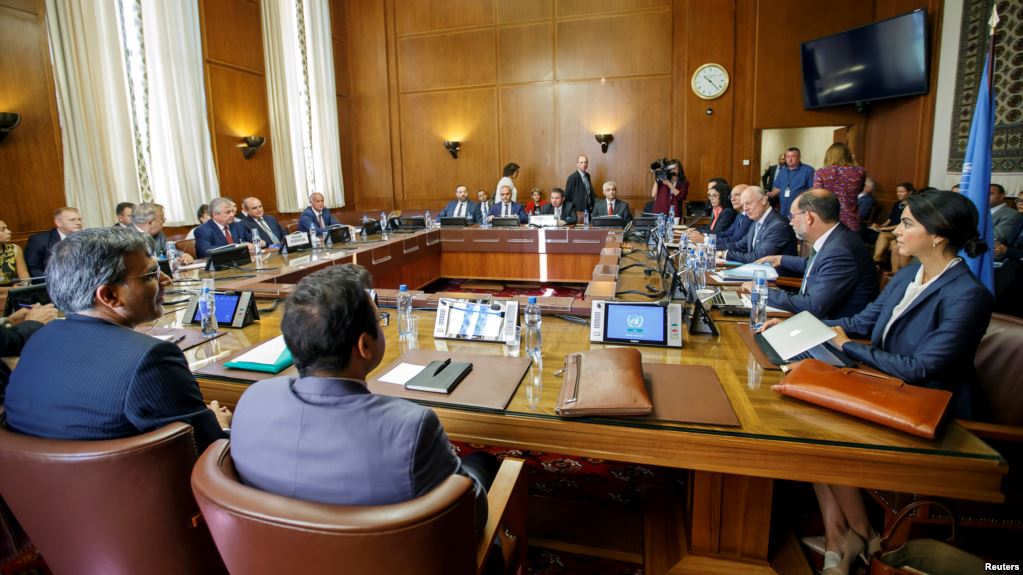 There were multiple signals on Tuesday that Turkish resistance is forcing a delay, if not a halt, to a Russian-Assad regime offensive on Idlib Province in northwest Syria.

UN Secretary=General Antonio Guterres appealed to Russia, Iran, and Turkey — the three countries who proclaimed a “de-escalation zone” over Idlib, northern Hama, and western Aleppo Provinces last year — to “spare no effort to find solutions that protect civilians” as it was “absolutely essential” that an air and ground assault is avoided. US Ambassador to the UN Nikki Haley warned of “serious consequences” if an offensive proceeded.

Perhaps most importantly, both Russia and Iran — the two essential allies propping up the Assad regime — spoke on Tuesday of a peaceful resolution over the last major opposition area in Syria.

Russia and the regime have been bombing and shelling across Idlib and northern Hama in apparent preparation for an invasion, knocking out medical facilities, killing and wounding scores of civilians in the past month, and forcing 30,000 people to flee in recent days. Pro-Assad forces have been massing around the opposition territory, just outside a ring of 12 Turkish observation posts.

But Turkey, who moved into the area alongside rebels from August 2016, has held out against the offensive. Foreign Minister Mevlüt Çavuşoğlu twice resisted pressure from Russian counterpart Sergey Lavrov last month. President Recep Tayyip Erdoğan maintained the line for a ceasefire in a summit with Russia’s Vladimir Putin and Iran’s Hassan Rouhani last week, and he wrote in The Wall Street Journal on Tuesday, “A regime assault would…create serious humanitarian and security risks for Turkey, the rest of Europe and beyond.”

Reinforcing its message, Ankara has moved personnel and armor to the Turkish-Syrian border, and has reportedly stepped up supply of weapons to rebels.

With the UN warning of the displacement of 800,000 of Idlib’s 3 million residents, Secretary-General Guterres spoke on Tuesday of “a humanitarian nightmare unlike any seen in the blood-soaked Syrian conflict”:

I understand that the present situation in Idlib is not sustainable and the presence of terrorist groups cannot be tolerated. But fighting terrorism does not absolve warring parties of their core obligations under international law.

Senior officials from Russia, Iran, and Turkey met the UN envoy for Syria, Staffan de Mistura, in Geneva on Tuesday.

Russian envoy Alexander Lavrentyev repeated Moscow’s injunction that Turkey must separate “extremists” from “moderates”. However, he stepped back from statements in recent days that have erased the line between the jihadist bloc Hay’at Tahrir al-Sham and all rebels who did not surrender to the regime.

We are saying the situation in Idlib should be settled most preferably in a peaceful way. It is possible to abstain from using military force.

Idlib Province is…a sort of zone of responsibility of Turkey; it is their responsibility to separate the moderate opposition from the extremists, from Jabhat al-Nusra [part of HTS] and other groups, other terrorist groups….

It’s extremely difficult for the Turks to complete their part of job. We are trying to find a solution to this problem but as we see it this is really the only way. They should be separated.

Hossein Jaberi Ansari, the special advisor to Iran’s Foreign Ministry, moved away from Tehran’s pressure for an offensive as he arrived for the meeting with De Mistura.

“We are also worried. We are going to work toward that not happening,” Ansari said.

Turkey: We Will Work with All Partners

In Ankara’s latest political move, Turkish Foreign Minister Mevlüt Çavuşoğlu tried on Tuesday to contain any Russian-Iranian pressure for an offensive by calling for the inclusion of other countries in discussions.

Çavuşoğlu said at a press conference in Romania that Turkey is ready to “work together with all partners” to remove “terrorists”.

He asked, “Why should it be necessary to kill a lot of civilians, women and children? We can take a step together for a solution.”

Among the potential partners named by the Foreign Minister were France and the UK, both firmly opposed to attacks on Idlib and to Bashar al-Assad’s long-term stay in power.

Çavuşoğlu did not mention any involvement of the Assad regime in discussions.

Hours earlier, Russian Deputy Foreign Minister Sergey Ryabkov said, “Not everything in the positions of Russia and Turkey on Syria may match 100 percent, but the parties are looking for a common denominator.”

At a moment when we have already been hosting millions of refugees, a new influx of tens or hundreds of thousands of people towards Turkey would lead to different complications. Its effects will not only be observed in Turkey but will spread to Europe and other countries.

Kalın added a challenge to Western governments, including the US, who have warned the Assad regime against any chemical attacks in northwest Syria but have not been clear about a response to a conventional assault: “Saying they will interfere if the Assad regime uses chemical agents in Idlib is insufficient and inconsistent.”

The Turkish intelligence service MIT has captured a suspect in the 2013 bombing of Reyhanli, in southeast Turkey near the Syrian border, which killed 53 people.

Yusuf Nazik was seized in the port city of Latakia in western Syria. Turkish authorities claimed a confession in which Nazik said he acted with support from Assad regime intelligence units to scout the targets and bring explosives into Turkey.