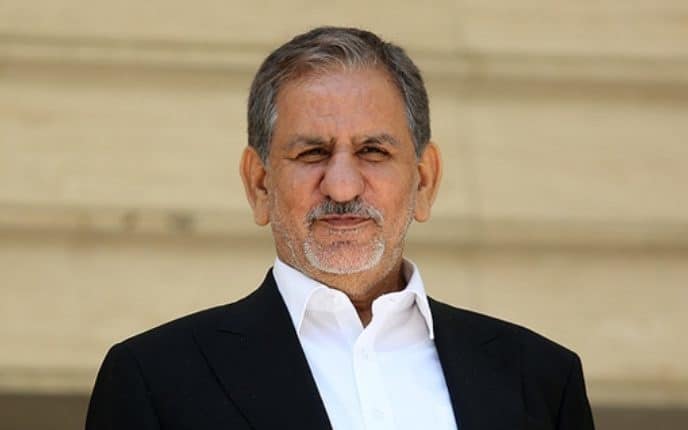 UPDATE 1415 GMT: Rather than commenting on Iran’s political and economic situation after a Cabinet meeting, President Hassan Rouhani has preferred to talk about the US going through one of its worst periods:

Today, there are few researchers, intellectuals, and experts in the US that share the same opinions as those in the White House, and some of them even explicitly refer to [US leaders] as idiots. This has rarely happened in US history.

Today, Washington’s allies are not standing by it politically, and even its traditional partners are proudly distancing themselves from the US.

Rouhani asserted that only a few “ill-famed” countries support Washington: “The US is today in its worst situation globally, and even international organizations such as UNESCO, the UN, the International Atomic Energy Agency, and the International Criminal Court do not approve of American policies.”

Rouhani continued the US-first approach when he mentioned the economy, Despite facing unwelcome economic war and individuals who do not respect any international law, the spirit of steadfastness of the Iranian nation, especially in Muharram daysو is exemplary.”

Iran’s Vice President Eshaq Jahangiri (pictured) has admitted the serious economic problems in the country while insisting that they will be overcome.

Jahangiri spoke, at the opening of a stadium near Tehran on Tuesday, of difficulties that have included limits on production, investment, trade, and employment; a troubled banking sector; and a 70% fall in the Iranian currency since January.

He noted that Iran is marking the martyrdom of Hussein, Shia Islam’s third Imam, and said, “Any difficulty that comes to the country, including the conditions we are facing now — which in my opinion is a very difficult situation — will be overcome in the same way.”

The Vice President admitted the effectiveness of US sanctions, which have been expanded since American withdrawal in May from the 2015 nuclear agreement between Iran and the 5+1 Powers:

The Americans have used all their power to strike the Iranian nation, and they completely abandoned international regulations….

Despite the agreements they had made, the Americans re-entered a new era that increased the pressure on the Iranian nation and gave some prospect to themselves of striking a blow against Iran.

Under Donald Trump’s order, the US will impose comprehensive sanctions — including on Iran’s energy and financial sectors — from November 5. The Rouhani Government has struggled to establish trade and investment, particularly with Europe, because of the threat of US punishment of any company doing business with Iran. Many major European firms have suspended or drawn down involvement, and Iran’s oil exports are projected to drop by up to 40%.

We once again will be able to succeed and triumph over these problems….

In spite of all the difficulties the nation faces today, in the near future these problems will end and the pride of the nation of Iran will once again shine in the world.

The Supreme Leader insisted last Thursday that economic difficulties are being overstated, “This exaggeration intensifies the anxiety of public opinion and causes the pessimism virus to spread. It is not correct to speak in a way that the audience is terrified and thinks that all is lost.”