Windrush at 70: How the UK Largely Ignores Black History 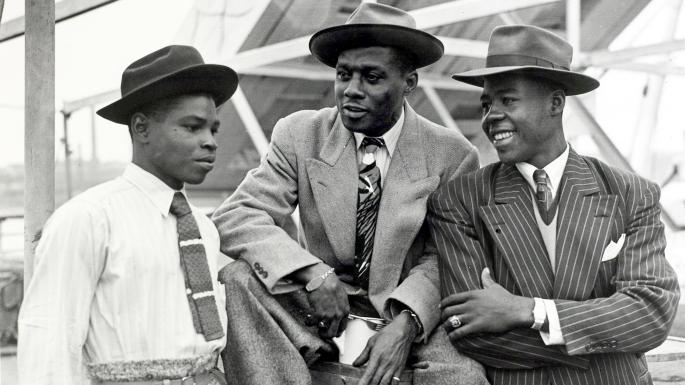 “We should not only remember the Windrush Generation. We should celebrate their legacy, thank them for their service to Britain and right the many wrongs they have encountered.”

April-Louise Pennant and Nando Sigona of the University of Birmingham write for The Conversation:

See also Unfiltered Video and Podcast: Windrush at 70 — What Does It Mean to Be British?

The arrival of the Empire Windrush at Tilbury docks on June 22, 1948 marked a watershed moment in the recent history of immigration to Britain. The day before the ship arrived from the Caribbean, the Evening Standard sent an airplane to photograph the vessel as it approached Britain. The photo appeared on the front page under the headline: “Welcome to Britain! Evening Standard plane greets 400 sons of Empire.” But the reception of the new arrivals was far from unequivocally positive.

Now, 70 years and three to four generations later, the legacy of those who arrived on the Windrush and the ships that followed is being rightly remembered – albeit in a way which calls into question how much their presence, sacrifices and contributions are valued in Britain.

The “sons of the Empire” came not as immigrants, but as British subjects exercising a form of “freedom of movement” within the borders of the British territories. They came invited – job adverts regularly appeared in local newspapers – to rebuild Britain after the devastation of World War II. The British Nationality Act in 1948 imparted the status of citizenship of the United Kingdom and Colonies (CUKC status) to all British subjects connected with the UK or a British colony.

See also How the Windrush Scandal Points to Problems for EU Citizens in Britain
What Links World Hunger Day, Immigration Control, and a Former National Airline?

Caribbean communities were quickly established in areas such as Brixton in south London, St Pauls in Bristol, Handsworth in Birmingham and St Anns in Nottingham. Today, London’s Notting Hill Carnival, established in 1959, is one reminder of the distinctive and vibrant Caribbean presence in Britain. Yet the carnival began as a way to counter rising racial tension which came to a head in the 1958 Notting Hill Race Riots.

For many Caribbean migrants at the time, discrimination based upon the color of their skin was a way of life. Poor working conditions, lack of decent accommodation and stigmatization at school are all amply documented. They kept working, but they also fought in many ways to gain better treatment in British society – for example through the 1963 Bristol bus boycott, which led to the ban on ethnic minorities working on Bristol’s buses being overturned. Further lobbying for laws to penalise racial discrimination resulted in a series of Race Relations Acts in 1965, 1968, 1976.

The recent Windrush scandal has been a stark reminder of this contested history of settlement, integration and exclusion. Hundreds of people who had come to the UK with CUKC status as children faced immigration detention and some have even been deported.

British Caribbean communities were especially appalled that after such long periods of service to Britain, they were seen as disposable, at risk of being kicked out of a country they deemed as their own and forced to go back to places they could barely remember. The scandal has highlighted a deeper truth about the remaining obstacles to the inclusion of British Caribbean communities – and other non-white Britons – into the dominant imagination of what it to be British today.

Britain values multiculturalism and diversity, especially when it looks good on the world stage as in the case of the 2012 Olympic Games. But the government is far less proactive when it comes to tackling the consistent racial disadvantages that characterise a substantial part of non-white British citizens’ experiences, in all areas and at every level of society.

Seven decades ago Britain pleaded with its Commonwealth subjects to come to work and rebuild the country – and then, in a bout of amnesia, was ready to kick out some of those same people or their descendants as part of a new “hostile environment” on immigration.

Meanwhile, black Britons are still constantly asked to prove who they are, and are still commonly asked questions such as “where are you really from?” Part of the problem is the state of the school curriculum. It’s very rare that the contributions and histories of black people in Britain – which go back way further than 1948 – are incorporated or openly acknowledged within the curriculum.

It is far more common for students to become familiar with Britain’s “heroic” involvement in the abolition of slavery in the 19th century than with the financial benefit Britain wrought from the slave trade in the two centuries beforehand. This absence contributes in “whitening” Britain, solidifying the myth that until 1948, Britain was an exclusively white country with a homogenous population.

It is only since 2013 that the Windrush arrival was included in the teaching of British history for 11 to 14-year-olds and even then that is optional. This is surprising – considering the magnitude of the contribution that Caribbean migrants made towards British society.

The first 492 people on the Empire Windrush (and those that came after) were pioneers who came from across the Caribbean. They were pioneers who didn’t come with much and didn’t know what to expect. Many stayed for a lifetime, establishing firm Caribbean roots on British soil, watching the births of their children, grandchildren and even great-grandchildren, growing up and continuing to contribute in many ways towards British society. We should not only remember them, but we should celebrate their legacy, thank them for their service to Britain and right the many wrongs they have encountered.