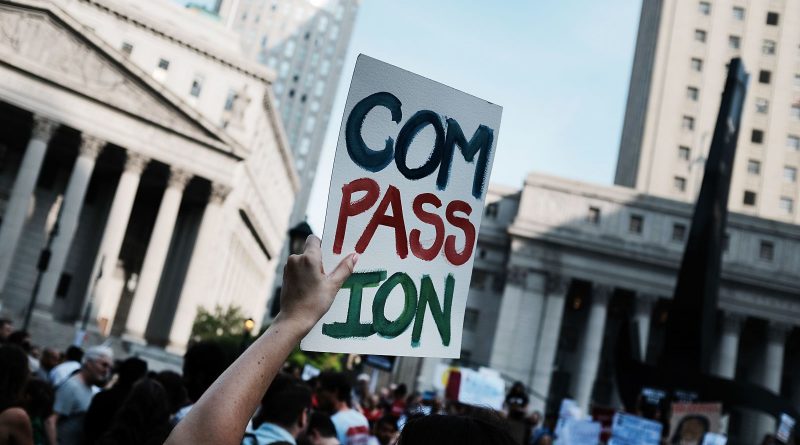 UPDATE, JUNE 22: EA partner David Dunn of the University of Birmingham speaks with BBC Foyle and talkRADIO about the latest developments around Donald Trump, Melania Trump, and immigrant children:

This Administration is staffed not by the B Team but by the C Team or the D Team. We see a whole variety of blunders. They are crassly inept in a variety of ways, and this crisis can be seen as an example of that.

Trump always provokes, goes one step further. If you’re outraged by that, he retracts slightly, but he thinks he has made tactical gains by doing so. It’s a low cunning with which Trump approached many negotiations in the business world.

Or did he? I spoke with Monocle 24 and BBC Radio London on Thursday about the chaos around Trump’s sudden signing of a piece of paper, highlighting that no arrangements have been made to reunite families and that the Administration will face legal challenges over the holding of children with their parents in detention.

Right now the Trump Administration is not backing any of the legislation on immigration.

Here’s the bottom line. Hardline advisors like Attorney General Jeff Sessions and Stephen Miller want to stamp their authority on immigration, working around Congress and despite the courts. If they could break up families and separate the children of people crossing the border, there wouldn’t be a need for Congressional legislation or legal process.

The problem for them is that this gamble has backfired, and so we don’t know where we go next.

At this point there have been no steps taken to reunite anyone whose family has been broken up in the past six weeks, and there is confusion about what happens next with those people who cross the border….

Trump, who almost never admits a mistake, has been forced to retreat at least somewhat because he went too far and people called him to account. But this is not the end of the battle: the Trump Administration will continue to pursue policies that are probably illegal and inhumane, and it is a test of good, decent folks in the US to say, “This is wrong.”

I also spoke with BBC Wales, just before Donald Trump said he would be issuing his “important order” to supposedly keep families together.

Donald Trump is a person who never accepts that he is not “Winning”, but for the rest of the Administration this is a shambles.

And in reply to the question, “Can they tough out the outcry over the way these children are being treated?”

I don’t think so. I think the hardliners like [White House advisor] Stephen Miller think, “Our base will support us if we show how tough we are with immigrants, but with 2/3rds of Americans opposing this and with these harrowing images, I think they’re wrong.

The problem: how does Donald Trump admit he made a mistake?