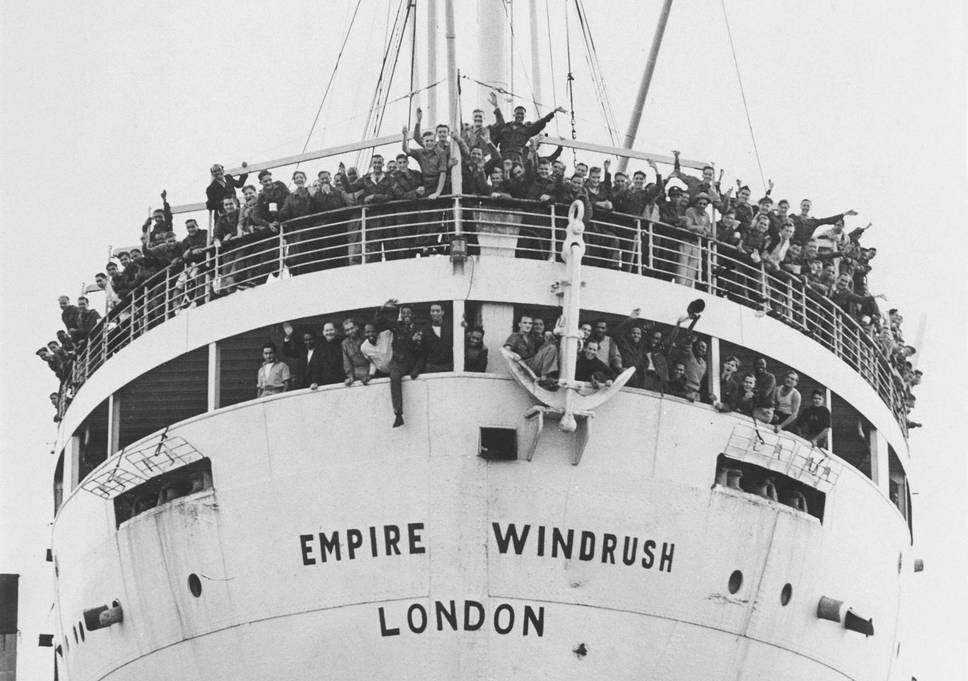 The warning from denial of services and threatened deportation for West Indians, having lived in UK for decades, for Europeans in Brexit Britain

ProfessorNando Sigona of the University of Birmingham writes for The Conversation:

UK Prime Minister Theresa May and Home Secretary Amber Rudd have both apologized for the distress caused by the treatment of the so-called “Windrush Generation”, in the face of mounting pressure from MPs and the wider public. Having been accused by the Home Office of residing in the UK without authorization, these Commonwealth-born, long-term British residents have been denied access to services and threatened with deportation.

Now, the unfolding scandal is stoking concerns among EU nationals in the UK, who also exercised freedom of movement to come to the UK, and are being asked to produce retroactive proof of their right to remain in the emerging post-Brexit scenario.

The Windrush generation arrived in the UK, not as migrants, but as British subjects exercising a form of “freedom of movement” within the borders of the British territories. The British Nationality Act 1948 imparted the status of citizenship of the United Kingdom and Colonies (CUKC status) to all British subjects connected with the United Kingdom or a British colony.

Most came with their parents in the 1950s and 1960s, some on board the HMT Empire Windrush, which docked at the port of Tilbury in June 1948 carrying 492 people from the West Indies. Many of them never applied for a British passport, partly because their status already enabled them to reside in Britain, and partly because the British authorities actually preferred it this way: racism and anti-immigration sentiments – especially towards people of color – were widespread among the British establishment and public.

The rules of residence have changed since, and those who came as British citizens are now treated as migrants. Many have been asked to retroactively prove their right to stay in Britain – or face being identified as an illegal immigrant. The truth is, the legal limbo faced by those people is not there by mistake, but by design.

Since 2013, Theresa May’s efforts to create a “hostile environment” for irregular immigrants has made checks on legal papers more stringent and widespread. Banks, landlords, and employers are compelled to check the immigration status of clients, tenants and employees. And access to public services is increasingly becoming a checkpoint for immigration enforcement.

These policies are causing a huge amount of anxiety and distress among the Windrush Generation, many of whom lack the documents necessary to support their claim to British citizenship – a situation made worse by the Home Office’s decision to destroy Windrush-era landing cards in 2010. It is especially cruel for those who are ageing and in need of state assistance, such as Albert Thompson (not his real name), who was asked to pay £54,000 for NHS cancer treatment, despite having lived and worked in the UK for 44 years.

A new study at the Institute for Researcn into Superdiversity – EU families and “Eurochildren” in Brexiting Britain – shows that EU citizens and their family members living in the UK are at risk of falling through the cracks during UK-EU withdrawal negotiations. Their rights to future residence and citizenship would be thrown into question after Brexit, particularly for children, whose status depends on their parents.

In the “no deal” scenario, the default legal position would be that all the EU citizens living in the UK under EU law would suddenly become unlawful residents. Those affected would be exposed to the full force of the UK government’s “hostile environment”, meaning it would immediately become a criminal offence to work in the UK, and access to services including health care, bank accounts, rented accommodation, and more would be restricted.

While not technically impossible, this scenario is politically unlikely. But our research shows that the more likely “settled status” scenario meant to protect the rights of residence of EU nationals residing in the UK still poses significant challenges for many. Leaving aside the fact that negotiators still need to agree other issues, such as the Irish border, and assuming that the December agreement is ratified by both parties, a sizeable number of EU families and their children are likely to fall into the cracks of the legal system.

The “settled status” would improve the situation for children born after Brexit, and reduce the administrative barriers to naturalisation for adult EU citizens. But this status would not apply retrospectively, leaving many in legal limbo.

The consequences for children are going to be severe and have, to date, been largely overlooked. Children will be wholly dependent on their parents to apply for the new types of status. Where parents fail to do so, or for some reason do not qualify, children will lose their lawful status under EU law, drift unknowingly into illegality and will struggle to regularise their position at a later stage. The UK-EU agreement risks producing a new Windrush generation in the near future.