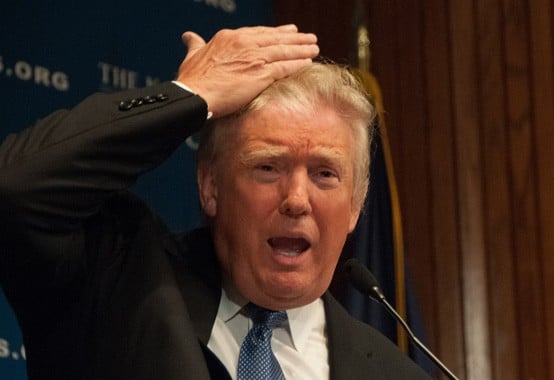 Developments on Day 458 of the Trump Administration:

Donald Trump tips off his concern over the Trump-Russia investigation with a four-word tweet on Sunday:

Still at his Mar-a-Lago resort in Florida, Trump continued to fume both about the April 9 FBI raid on his personal lawyer Michael Cohen — with investigation of business dealings that could lead back to the Trump Organization and the 2016 Trump Presidential campaign — and about the memoir and interviews of former FBI Director James Comey, whom Trump fired in May 2017 in an unsuccessful attempt to limit the Russia inquiry.

Kim Strassel of the WSJ just said, after reviewing the dumb Comey Memos, “you got to ask, what was the purpose of the Special Counsel? There’s no there there.” Dan Henninger of the WSJ said Memos would show that this would be one of the weakest obstruction cases ever brought!

On Saturday, Trump lashed out at the former FBI Director as a “liar and leaker” to claim, falsely, that this has led to the appointment of a “Special Council [sic]…based on an illegal act”.

The raid on Cohen, with its corresponding threat to Trump’s business and political position, led the President to consider again the removal of Mueller and Deputy Attorney General Rod Rosenstein, the only official with the formal authority to fire the Special Counsel.

But a combination of White House officials, the Justice Department, and Republican party figures rallied to prevent the firings. Rosenstein gave Trump the assurance that — for now — he is not a target of either the Trump-Russia or Cohen investigations.