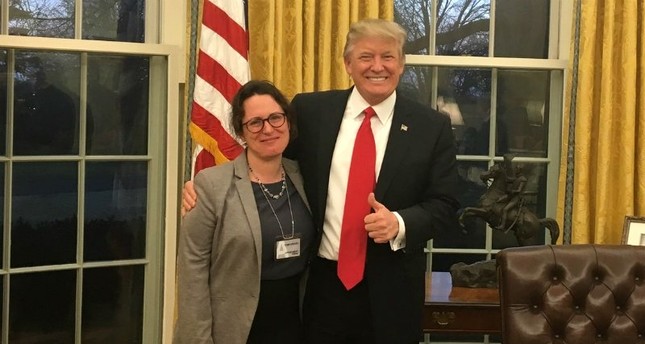 Developments on Day 457 of the Trump Administration:

Worried that his personal lawyer Michael Cohen will “flip” on him and cooperate with investigators, Donald Trump launches a Twitter tirade against a New York Times reporter.

Trump has been unsettled by an April 9 FBI raid, with a “no knock” warrant”, on the office and hotel room of Cohen, one of Trump’s closest associates throughout his business and political career.

The New York inquiry is separate from the Trump-Russia investigation of Special Counsel Robert Mueller. However, pressure on Cohen could lead — as it has with other Trump campaign staff — to his disclosures to Mueller’s team.

The possibility renewed Trump’s consideration of the removal of Mueller and Deputy Attorney General Rod Rosenstein, the only man who can formally dismiss the Special Counsel. That crisis was averted by an April 12 meeting in which Rosenstein assured Trump that he was not — currently — a target of the investigations into Trump-Russia or Cohen.

But Trump — who has spent the week insulting James Comey after the former FBI Director’s new book and interviews stoked the Trump-Russia fire and doubts about the President’s temperament and ability — found another reason for anger as he spent the weekend at his Mar-a-Lago resort in Florida. He began Saturday by assailing Maggie Haberman, who had just posted her New York Times story about why Cohen might turn against his boss. The article — fed by other former, angered Trump associates such as Roger Stone and Sam Nunberg — said Trump has long abused Cohen by insulting and threatening to fire him.

Trump’s initial tweet misspelled the journalist’s name as “Habberman”. He soon corrected it while leaving the rest of the rant —including the accusation that Haberman works for 2016 Democrat Presidential nominee Hillary Clinton — intact:

….non-existent “sources” and a drunk/drugged up loser who hates Michael, a fine person with a wonderful family. Michael is a businessman for his own account/lawyer who I have always liked & respected. Most people will flip if the Government lets them out of trouble, even if….

….it means lying or making up stories. Sorry, I don’t see Michael doing that despite the horrible Witch Hunt and the dishonest media!

As Trump then went to the golf course, observers noted his deception. Far from not speaking to Haberman, Trump has often called her, including from his personal mobile phone, and has been photographed with her.

Trump tried to make amends later on Saturday with a pair of tweets about the former First Lady.

Haberman, part of a team which won a Pulitzer Prize for national reporting this week, responded by adding to the article that sparked Trump’s furor:

When I was reporting this story, I said to one person who’s observed the Cohen-Trump relationship that Trump has been abusive to him. The person replied, “He’s abusive to everybody.” https://t.co/coxNMRVCUl

She later responded with a coda on the Rosenstein-Mueller story, bringing in Attorney General Jeff Sessions, who reportedly threatened to resign if Trump proceeded with dismissals: