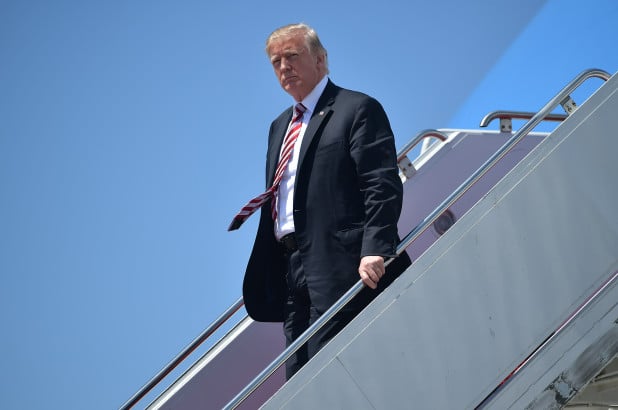 I joined Alexis Conran and former MP Lembit Opik of talkRADIO on Saturday for our weekly review of the adventures in TrumpLand.

This week’s sometimes-irreverent 15-minute journey explains why the US missile strikes on Syria have already receded into the distance.

When a guy tweets three days before the strikes, “Hey, we’re sending over our shiny new missiles”, that’s a tip to how he’s operating. He’s got no clue about the 7-year conflict, so he says, “I’ve done my bit. They saw our shiny missiles. Mission Accomplished.”

There’s a return to the perpetual of the Trump-Russia investigation, with a glance at Moscow, WikiLeaks, and Trump’s associates before explaining the latest in the drama of whether Donald Trump will fire Special Counsel Robert Mueller.

And we cast a sceptical eye on whether Trump really has the advantage over North Korea’s Kim Jong-Un and whether the two men will ever meet — closing with the appropriate reference to the film Team America.