40+ Killed in US Airstrikes on Mosque in NW Syria 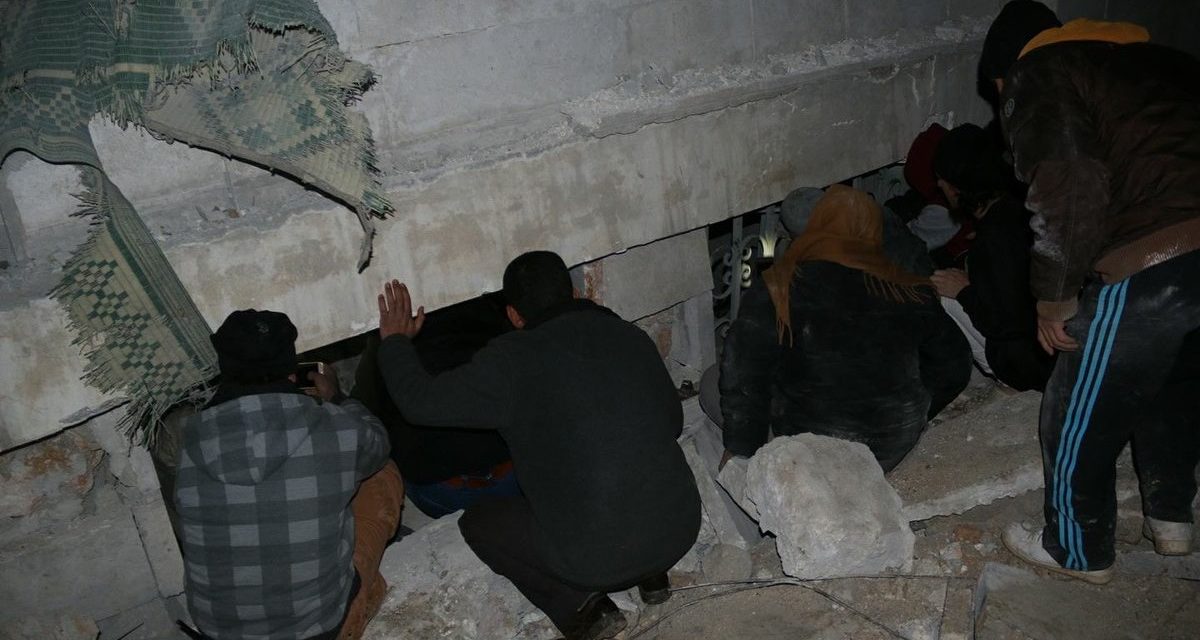 UPDATE 1500 GMT: Journalist Thomas Gibbons-Neff reports, from an American official, that the US strike involved multiple missiles, followed by a large bomb:

More than 40 people were killed by US airstrikes on a mosque in an opposition-held village in Aleppo Province in northwest Syria on Thursday.

The warplanes struck al-Jina, southwest of the town of Atarib near Aleppo, as worshippers were at evening prayer. Some accounts put the death toll at 75, among the estimated 300 people in the al-Khattab mosque.

Asked about the attack, the American military said it carried out an airstrike against “Al Qa’eda in Syria meeting location, killing several terrorists”, in Idlib Province. The statement did not mention civilian casualties.

Airwars, which monitors airstrikes across Syria and Iraq, said a US military official later told the site that the bombing was actually in the vicnity of al-Jina village, a few kilometers inside western Aleppo Province from the border with Idlib.

US Central Command spokesperson Major Josh Jacques said the target was “assessed to be a meeting place for al Qaeda, and we took the strike. It happened to be across the street from where there is a mosque.”

He said the mosque was not the target, and that it was not hit directly. CENTCOM and the Pentagon told Airwars that they were further investigating the attack.

Journalists have emphasized that the mosque compound suffered a direct strike:

US claims that it's airstrike that killed 56 in Jeena didn't hit the mosque are false. See for yourself pic.twitter.com/tInKTlMTME

A photograph of the scene shows the remnants of a US-made 52-kg (108-lb) missile:

The US has targeted the jihadist Jabhat al-Nusra, now part of the Hay’at Tahrir al-Sham bloc, since Washington began airstrikes in Syria in September 2014. The Americans have expanded the attacks in recent months, also hitting members of other factions.

Thursday’s toll would be the second-largest from an American strike in Syria. On January 19, more than 100 fighters from Jabhat Fatah al-Sham (formerly Nusra) and an allied group were killed in an attack on a camp in Idlib Province.

TOP PHOTO: Men look for survivors in rubble of the al-Jina mosque