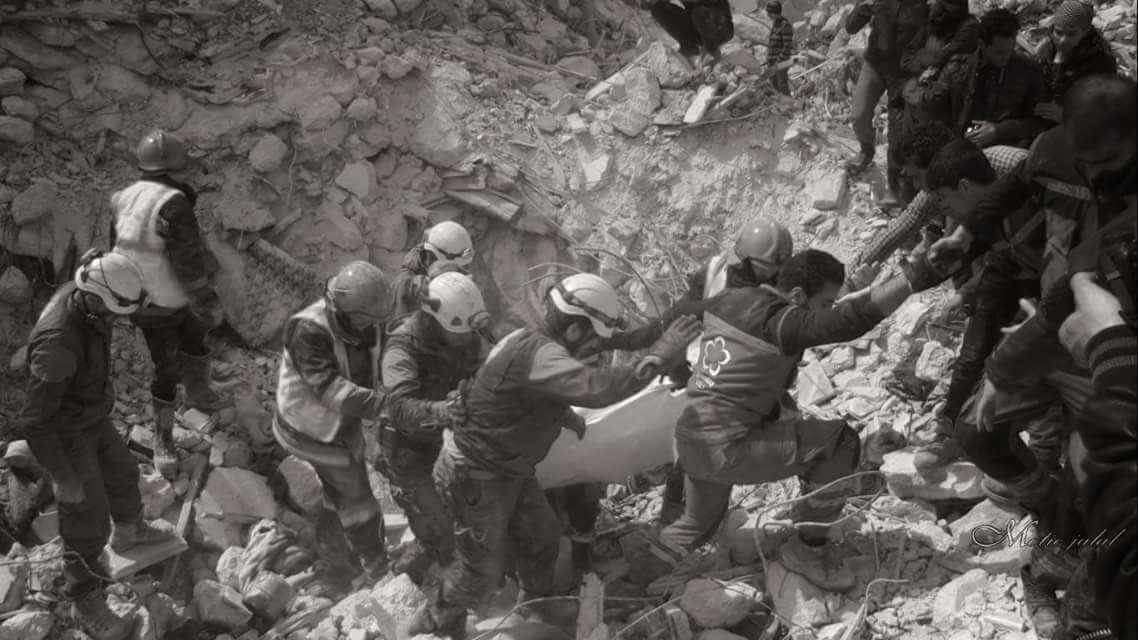 On the 6th anniversary of the Syrian uprising, I spoke with both Austria’s Radio FM4 and London’s Monocle 24 about the course of the conflict and where it is likely to head.

Joanna Bostock of Radio FM4 begins by asking if President Assad can regain rule of the entire country. That’s an easy question to answer — No — but then the conversation takes on more difficult topics such as prospect of partition.

The chat on Monocle 24’s The Globalist starts with Georgina Godwin’s provocative question: “Are the Syrian political talks dead in the water?”

After giving a firm “Yes”, I look at what happens beyond those discussions.

TOP PHOTO: Rescuers pull a victim from rubble of regime bombing of Idlib city on Wednesday