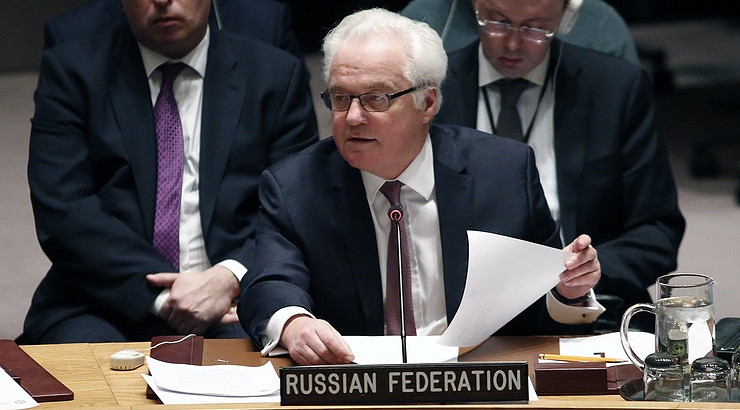 The Foreign Legions Propping Up Assad

Russia is preparing to veto a UN Security Council resolution for a ceasefire and aid to Syria’s largest city Aleppo.

Moscow is under pressure from the US and European countries to accept the measures, but is unlikely to accept a provision for the suspension of military flights over Aleppo, which has been under intense bombing by Russian and regime warplanes since September 19.

Instead, after vetoing the Franco-Spanish resolution, Russia will submit an alternative focusing on the withdrawal of the jihadists of Jabhat Fatah al-Sham — formerly Jabhat al-Nusra — from the city.

There are few JFS/Nusra in Aleppo, as the faction pulled out of the city last year to avoid conflict with other rebel groups. However, UN envoy Staffan de Mistura gave an opening to the Russians on Thursday when he called on “about 900 former” JFS/Nusra fighters to leave with protection for opposition-held Idlib Province.

President Assad also took advantage to say in a televised interview that rebels could withdraw if they surrendered their arms.

“Do You, Yes or No, Want a Ceasefire in Aleppo?”

French Foreign Minister Jean-Marc Ayrault said on Friday, as he met US Secretary of State John Kerry in Washington:

Kerry, who has distanced himself from a three-year process of cooperation with Russia over a political resolution, added:

Last night the regime attacked yet another hospital and 20 people were killed and 100 people were wounded. Russia, and the regime, owe the world more than an explanation about why they keep hitting hospitals and medical facilities and children and women.

These are acts that beg for an appropriate investigation of war crimes and those who commit these would and should be held accountable for these actions.

German Chancellor Angela Merkel also urged Moscow to act, saying that there is no basis in international law for bombing hospitals and civilians: “Russia has a lot of influence on Assad. We must end these atrocious crimes.”

But Russian Deputy Foreign Minister Gennady Gatilov responded that the draft Franco-Spanish resolution had a number of unacceptable points and politicized humanitarian aid.

Reduced Airstrikes But Fighting on Ground

The Russian-regime airstrikes, which have killed more than 500 people — almost all civilians — since September 19, have eased in recent days.

However, fighting has continued on the ground as pro-Assad forces try to press an advance. On Friday, the battles were in Sheikh Saeed in the southwest of the city.

The Syrian military initially claimed gains, but rebels later said they had pushed back the attackers and regained buildings. Later in the day, Russian and regime warplanes bombed the district.

Pro-Assad forces are claiming the recapture of some of the villages taken by rebels in northern Hama Province since late August.

The National Defense Forces militia said they have moved back into al-Junaynah, al-Tulaysiyah, al-Qahira, as wll as the al-Shu’tha hills.

The area was taken in late September by rebels in the second wave of their offensive, which has claimed four towns, and the fortified village of Ma’an and moved within 10 km (6 miles) of Hama city.

The pro-Assad fightback has been assisted by in-fighting between the leading rebel faction Ahrar al-Sham and the jihadists of Jund al-Aqsa, who have threatened to withdraw from the offensive (see Friday’s Syria Daily).

Footage from Russian State outlet RT of the pro-Assad maneuvers: