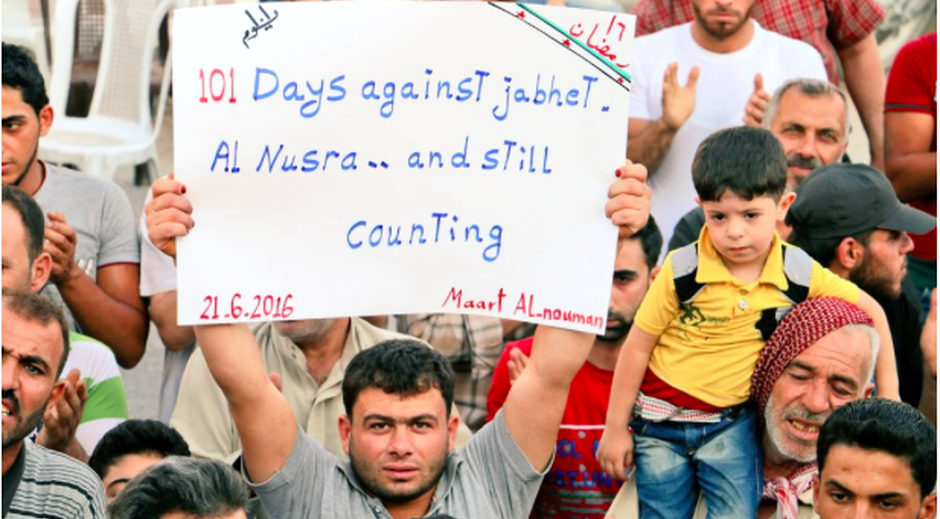 Amnesty International has published a report accusing some rebel factions in Syria of using the “same methods of torture that are routinely used” by the Assad regime.

The report cites 24 cases of abductions between 2012 and 2016, including detention of activists, members of religious minorities, and children. It also profiles five cases in 2014 and 2015 of alleged torture by Jabhat al-Nusra and Nour al-Din al-Zenki.

Amnesty calls on members of the International Syria Support Group — including the US, Qatar, Saudi Arabia, and Turkey — to press the groups to end the abuses and comply with the laws of war, cutting off any aid to those “implicated in committing war crimes and other gross violations”.

99% of Torture Deaths Caused by Regime

Last week, the Syrian Network for Human Rights issued a report documenting 12,679 deaths from torture, 99% of them at the hands of the Assad regime. It claimed that, of more than 110,000 political detainees or “disappeared” people”, 80% had been seized by regime authorities, including almost 5,700 women and more than 2,700 children.

Of the torture deaths, 12,596 were caused by the regime, according to the SNHR. It attributed 29 to the Islamic State; 19 to rebel factions; 15 to Jabhat al-Nusra; and up to 18 to Kurdish forces.

Amnesty’s report focuses solely on Jabhat al-Nusra and the rebel factions, through interviews in Turkey and by phone and Internet between December and May. The interviews included 14 individuals who were abducted, detained, and released; family members of 10 abductees; and four residents of Aleppo Province who said they had witnessed the killing of civilians, regime soldiers, pro-Assad militiamen, and alleged “infiltrators”.

The organization wrote the rebel blocs Jaish al-Fatah and Fatah Halab last month about the allegations. Ahrar al-Sham said it had reviewed the claim and is “interested in having a meeting to clarify these issues”, although it did not provide answers to specific allegations over abuses and detention centers.

Fatah Halab said it “completely refused to accept as a matter of principle any human rights violation” and is committed to “freedom, dignity and justice”. The coalition invited Amnesty to send a delegation to visit and jointly investigate the accusations of “some individual excesses here or there”. It expressed its commitment to hold perpetrators accountable if the allegations were found to be true.

Jabhat al-Nusra did not reply to a letter from Amnesty.