Iran Feature: Supreme Leader — “I Am Sensitive” About Mass Protests in 2009 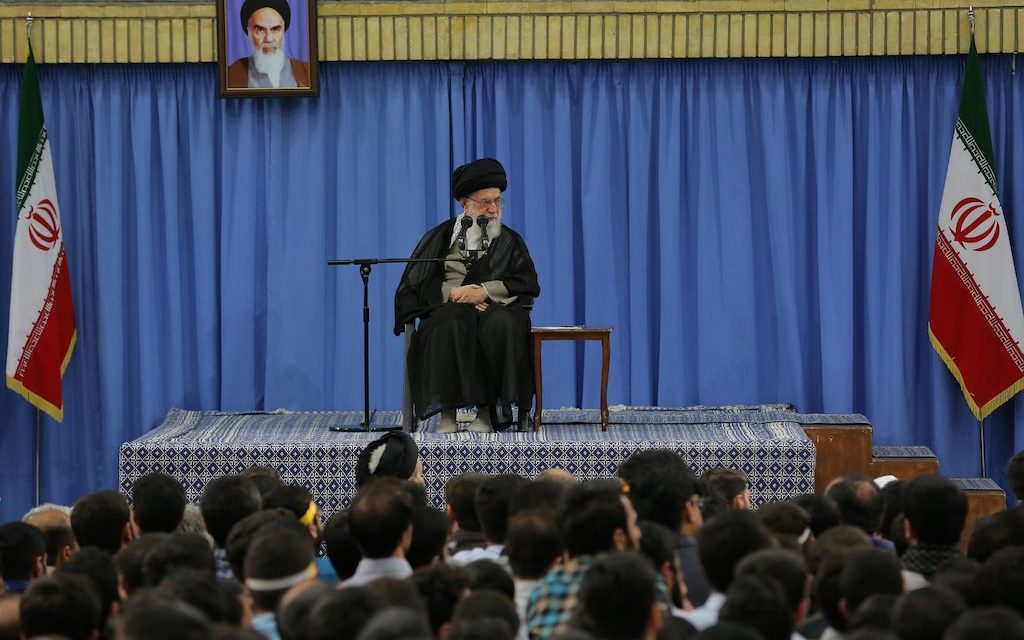 Iran’s Supreme Leader has said in public that he is “sensitive” about the mass protests that followed the disputed 2009 Presidential elections.

Ayatollah Khamenei’s comments were in response to a Ph.D. student in criminal law who asked about the strict house arrests since February 2011 of opposition leaders and 2009 Presidential candidates Mir Hossein Mousavi and Mehdi Karroubi and Mousavi’s wife, academic and artist Zahra Rahnavard.

Mohammad Ali Kamfirouzi said the detention of the Green Movement leaders is “illegal” under the Islamic Republic’s Constitution.

The Supreme Leader responded by framing the activities of Mousavi — the top challenger in the Presidential vote “won” by Mahmoud Ahmadinejad — Karroubi, and Rahnavard as part of a sedition for which the trio had not expressed remorse:

My stance towards the riots of 2009 is very clear. I am sensitive towards this and my judgment is grounded on not providing support to those who were leading the riots or exploiting the situation and [who] have not to this date repented for doing so.

Khamenei maintained that the protests and the creation of the Green Movement were “not opposition to the leadership but hostility towards a web that connects the values” of the Islamic Republic.

A week after the 2009 vote — and four days after more than a million Iranians marched over claimed manipulation of the result — the Supreme Leader denounced any protests and said they would not be tolerated.

Despite appeals by high-profile figures including former President Hashemi Rafsanjani and even President Rouhani, Khamenei has refused to intervened over the mass detention of political prisoners, the harassment of families, the suspension of political parties, and the cut-off of communications. His only action over the deaths of scores of protesters was the closure of the Kahrizak detention center where three demonstrators — including the son of a prominent conservative political activist — were killed.