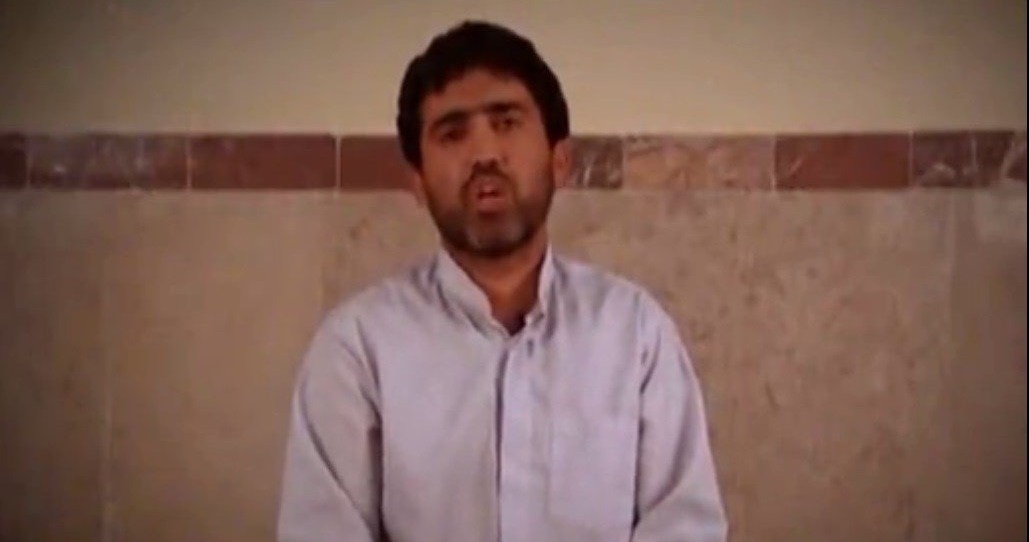 PHOTO: Iranian State TV’s image of one of the two men accused of “terrorist” plots

In the latest phase of the regime’s escalating campaign over “terrorism”, Iran’s State TV has featured the “confessions” of two men who said they joined the Islamic State and planned attacks on 50 targets in Tehran and other cities.

State broadcaster IRIB aired a 15-minute segment in which the men said they were paid 600 Euros ($669,000) to carry out bombings on populated areas. Footage purportedly showed the suspects’ movements, vehicles, and explosives.

In the past two months, Iranian officials have put out near-daily declarations that they are defeating the imminent terrorist threat to the Islamic Republic. They have cited the bombing plots, clashes with Kurdish insurgents in northwest Iran, and fighting with Baloch insurgents in the southeast near the Pakistani border.

On June 20, the Intelligence Minister Mahmoud Alavi said up to 10 men over the previous six days over the plans for explosions by both suicide bombers and car bombs: “They had identified 50 targets for explosive attacks and had prepared the devices needed for some of the targets, while either preparing or receiving the rest.”

Alavi claimed about 100 kilograms (220 pounds) of explosives and bomb-making materials had been seized, while security forces said they intercepted two tons of explosives during “complex and covert intelligence operations”.

State media regularly features “confessions” to support the claims of officials and to reject international criticism. Among these has been an appearance by Newsweek journalist Maziar Bahari, detained for 3 1/2 months over his reporting on the protests over the disputed 2009 Presidential election; a televised special on Sakineh Mohammadi Ashtiani, sentenced to death by stoning over complicity in her husband’s murder; and programs on detainees accused of “sedition”.

President Rouhani has written an open letter to the Iranian people over the salaries scandal that has engulfed politics in the past month.

The scandal broke when Iranian media revealed the details of high salaries, bonuses, and other perquisites given to Government officials, amounting to hundreds of thousands of dollars each.

The Supreme Leader has demanded action, and Rouhani has designated 1st Vice President Eshaq Jahangiri to address the matter. Last week, the heads of four Iranian banks were dismissed.

Rouhani said in his letter on Monday:

For weeks the issue of unusual payments and unfair salaries has offended national conscience and people’s feelings. This issue is painful to me…[because it] can loosen close and deep bonds between the Government and the people, as well as [extinguish] glimmers of hope in the society and, God forbid, undermine firm bonds between people and the political system.

Summarizing the report from the 1st Vice President’s committee, Rouhani promised to close legal loopholes permitting the “unusual payments” and vowed “to deepen fighting corruption…in the administrative and economic system”.

The President said he would require publication of salaries and bonuses of all officials in future.