A US drone strike has killed a Jabhat al-Nusra commander and more than 20 fighters from Nusra and fellow jihadists Jund al-Aqsa in Idlib Province in northwest Syria.

Originally from Madaya in Damascus Province, Abu Firas al-Suri was a founding member of Nusra and a senior figure in its policy-making Shura Council. He was in the Afghanistan war in the 1980s and in Yemen before entering the Syrian conflict.

The commander was featured in a 43-minute Nusra documentary, “The Heirs of Glory”, released last summer. He promoted “a continually erupting jihadi center in the Levant is critical so people continue to hear about jihad”: “The Levant is regarded [as] one of the most important centers in the Islamic world due to its close proximity to Palestine, to the Hijaz [Saudi Arabia], and being in the center of the Islamic world.”

A “US security official” said Washington was aware of reports about Abu Firas’ death but had no information. Another source did not rule out “a Syrian strike”.

The US has periodically carried out strikes against Jabhat al-Nusra positions since September 2014, when it began aerial intervention in Syria. It has justified the killing of Nusra fighters — and of civilians caught up in the attacks — by saying that they are members of the “Khorasan Group”, which Washington claims is planning terrorist operations in the US and Europe.

See Syria Developing: US Renews Attacks on Mysterious “Khorasan Group” — But Is It Actually Targeting Insurgents?

Jabhat al-Nusra cooperates with rebels on some battlefronts in Syria, including a current offensive in southern Aleppo Province. However, its relations with rebel factions in Idlib Province are strained. Nusra and the Free Syrian Army’s Division 13 clashed earlier this month, and residents have protested against the approach of the jihadists.

Islamist factions in the rebellion have distanced themselves politically from Nusra. On two occasions over the past year, the leading faction Ahrar al-Sham and Saudi Arabia, a key backer of the rebels, have tried to get Nusra to renounce its allegiance to Al Qa’eda. However, Nusra leader Abu Mohammad al-Joulani has publicly refused to take the step.

Footage of Jaish al-Islam operations, including camouflaged tanks, amid the rebel-Nusra offensive in southern Aleppo Province:

The Iranian Army has said that it is deploying commandos from its Special Forces, known as the 65th Brigade, to Syria.

Brigadier General Ali Arasteh said that “advisors” from the Brigade are now stationed in the country.

Arasteh did not give the location of the deployment, but the news comes as rebels and Jabhat al-Nusra have advanced against pro-Assad forces, including Iranian units, in southern Aleppo Province.

Pro-opposition accounts are reporting the deaths of high-ranking Hezbollah and Iranian officers in both the south Aleppo rebel-Nusra offensive and the pro-Assad attacks on the Islamic State in Homs Province.

Ali Fawzi Taha, also known as Haj Jawad, the commander of Hezbollah’s Jawad Forces, was slain during the pro-Assad operations to take Quraytayn in eastern Homs Province from ISIS. 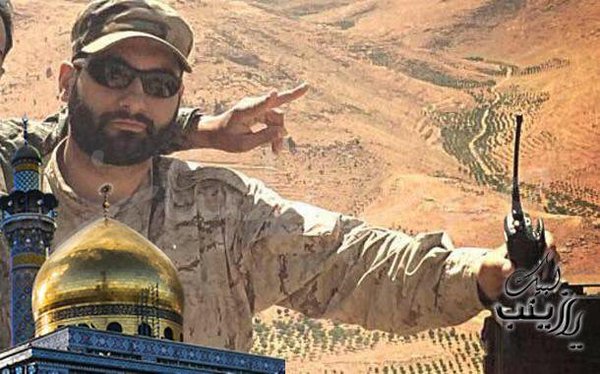 Opposition journalist Hadi al-Abdallah is claiming the death of Iranian Revolutionary Guards Colonel Mashallah Shamseh, who was fighting on the southern Aleppo front. Other activists say a total of seven Iranian troops were slain this weekend.

Assad: “There Are No Morals in Political Action”

President Assad has said the Syrian conflict arose because “there are no morals in political action”.

Speaking to Russian State outlets last week, Assad did not apply the conclusion to himself or his regime. Instead, he said:

The most important lesson we learned, and I believe we have known it for a long time, is that the West, Western countries, are not genuine. Their policies are very far from principles, international law, and the United Nations.

Assad suggested that leaders should look for reliable partners — “as is the case with Russia and Iran today” — but said, “If there is no internal will and the relationship isn’t good between the state and the people, there cannot be a solution.”

The President blamed any problems in that relationship on misguided citizens: “The war shocked many Syrians and took them in the wrong direction without them realizing that, because of the media which invented stories and because of their inability to read reality, which was foggy then.”

The third part of Assad’s interview was posted on Monday by Syrian State news agency SANA.