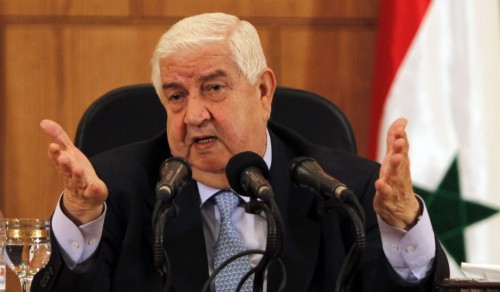 Turkey & Syria Analysis: Why Germany Is Withdrawing Its Patriot Missiles — and What’s Missing in the Decision
138 Killed on Thursday as Regime Bombs from Aleppo to Raqqa to Damascus

UPDATE 1730 GMT: The top defense officials of the US and Russia have discussed Moscow’s escalating military presence in Syria.

In their first in more than a year, US Secretary of Defense Ashton Carter spoke with Russia’s Defense Minister Sergei Shoigu about how to avoid accidental clashes.

“The president believes that a mil-to-mil conversation is an important next step,” Secretary of State John Kerry said. “It will help to define some of the different options that are available to us.”

Russian State media said the 50-minute talk established “common ground” between the two sides, while the US Pentagon said the discussion was “constructive” about where “perspectives overlap” and where there are “areas of divergence”.

Mr Shoigu told Mr Carter that Russian activities in Syria were “defensive in nature,” a US official said.

However, another US official said “four Russian Su-27 fighter jets” have now been sent to western Syria, as Moscow expands an airbase in Latakia Province. The official also said that four large Hip troop-transport helicopters and four Hind helicopter gunships had arrived, and that more than 20 Condor transport plane flights had delivered weapons and equipment in the past 10 days.

Another U.S. official declined to offer a number but confirmed the presence of multiple jets.

ORIGINAL ENTRY: Shifting its official position, the Assad regime has welcomed the escalation of Moscow’s military intervention in Syria and said it would support the entry of more Russian troops.

“There is no joint fighting on the ground with Russian troops, but if we felt such a need, we would study it and ask [for it],” Muallem Foreign Minister Walid al-Moallem said on State TV on Thursday.

However, he said that Russia’s presence on the battlefield is not yet required: “So far the Syrian army is able [to defend itself on its own] and what we need frankly is more of the ammunition and qualitative weapons to face the type of qualitative weapons of these terrorist groups.”

Moallem cloaked his endorsement in Russia’s language of a “coalition” to fight the Islamic State: “When we talk about a coalition, coordination or an ally, we are responding to the initiative of Russian President Vladimir Putin who has asked to establish such a coalition.”

Throughout this month, Moscow has brought in military equipment and supplies to expand facilities, including an airbase in Latakia Province in western Syria. It has also brought in advanced equipment for ground operations, including infantry fighting vehicles and mobile communications units.

The Russians have also deployed hundreds of additional troops as “advisors” close to the frontline in northeast Latakia Province, in neighboring Tartous Province on the Mediterranean, and in Homs Province to the east.

Until Thursday, the Assad regime had officially denied the increase in Russian military support propping up its forces, as they try to stem rebel advances and offensives throughout the country.

While welcoming the Russian intervention in his revised statement yesterday, Moallem insisted that the Assad regime and its military remained strong:

For 4 1/2 years, conspirators’ bets on Syria was that the regime will fall, the army will be defeated, and Syria will be a defeated, divided state. The new fact is that they have lost the bet as Syria still steadfast and its army is still resisting with heroism and the Syrian people support the army.

He implicitly called on the US and European nations to join the Russian “coalition”: “Are those countries which have the desire to combat terrorism in Syria true or determined to change their stances of conspiracy on Syria into coordinating with it?”

President Assad’s media advisor, Bouthaina Shaaban, pushed the message of a Russian-led coalition against the Islamic State in an interview with Australian television:

Shaaban insisted, “There is no civil war in Syria.” She continued, “The Russians do not build colonial bases. The Russians are not an occupying force, as others are.”

The rebel coalition Jaish al-Fateh has announced the resumption of an offensive on the regime enclaves of al-Fu’ah and Kafraya, north of Idlib city.

The attack began with nine vehicle-borne bombs — some remote-controlled and some directed by suicide bombers — and 20 “elephant rockets”.

Explosion of one of the vehicle bombs:

Rebels have long surrounded the enclaves, and they were further isolated this spring when the opposition took almost all of Idlib Province.

Jaish al-Fateh also attacked at the end of August, taking nearby territory such as the village of Sawagiyeh and threatening to cut the road between al-Fu’ah and Kafraya.

Another clip of the attacks:

Workers pave a road for a new opposition-controlled crossing in Latakia Province on the Turkish border:

The opposition says it is seeking a reliable crossing for the movement of humanitarian supplies.

Opposition sites say two rebel commanders have been assassinated in Daraa Province in southern Syria this week, and others have survived attempts to kill them.

The SRF said Khalaf was “treacherously assassinated as he returned to his house” in al-Sahwa, 25 km (15 miles) east of Daraa city.

Another SRF commander, Mohammad al-Sabrouji, died on Wednesday from injuries, according to Masar Press.

All4Syria said two other commanders escaped assassination, one of them on Wednesday. A pro-rebel Facebook page claimed one of the commanders was “gravely wounded” by a roadside bomb.

Rebels control much of Daraa Province, but they suffered a setback this summer when the Southern Front bloc failed to capture all of Daraa city, located on the Jordanian border.

Report: Some Russian Mercenaries Don’t Want to Go to Syria, “A Hot Country with Snakes and Vipers”

Drawing on interviews, the Russian newssite Gazeta reports on the build-up of Russian forces in western Syria but notes a problem: some men do not want to go.

Gazeta writes about orders for officers and “contract soldiers” to travel from the port of Novorossiysk on the Black Sea to Syria.

Interviewees said that the transport was arranged in secrecy, with contractors thinking they were going to Donbass in eastern Ukraine to support separatists against the Kiev Government. However, when they were told that they were being sent to a “hot country” and instructed how to “behave in captivity and interrogation” that they began to have questions. They expressed specific concern after the briefing about the “snakes and vipers” that they would encounter.

Gazeta says the deployment was suspended after complaints from the soldiers and their families over issues such as lack of health checks and vaccinations. Kremlin spokesman Dmitry Peskov responded on Friday that the Presidential council for civil society and human rights had received no such appeals.