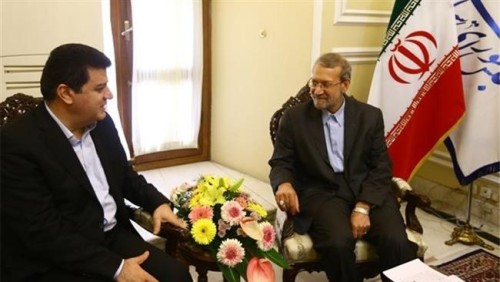 Iran’s regime has lined up behind Russia’s declaration of a “coalition” in Syria against the Islamic State, as Moscow builds up its military presence alongside the Assad regime.

The Supreme Leader’s military advisor, General Yahya Rahim-Safavi, said on Thursday that Syria and Iraq are Iran’s “strategic defense depth”, so “it is logical to wipe out the terrorist Daesh group [Islamic State] there”.

Rahim-Safavi continued, ‘Our material and spiritual support as well as military consultations given to Iraqis and Syrians are based on wisdom and logic.”

Russia and Iran failed this summer in an initiative for an international conference to maintain President Assad in power during a “political transition”. Saudi Arabia undermined the proposal in mid-August when it insisted that Assad must step down before negotiations developed.

This month Moscow has combined a build-up of military equipment in western Syria — including expansion of an airbase and the entry of several hundred troops as “advisors” — with the revised political strategy seeking international acceptance of a “coalition” to fight the Islamic State. The “coalition” would include the Assad regime and the Syrian military, effectively recognizing the President’s continuing right to rule.

Iran has publicly opposed the US-led coalition’s operations against the Islamic State in both Iraq and Syria, claiming they are a deception to cover up Washington’s creation and support of the militants.

Rahim-Safavi continued the attack on Thursday, saying that “the US has on its agenda the disintegration of the Islamic countries to infiltrate the region”.