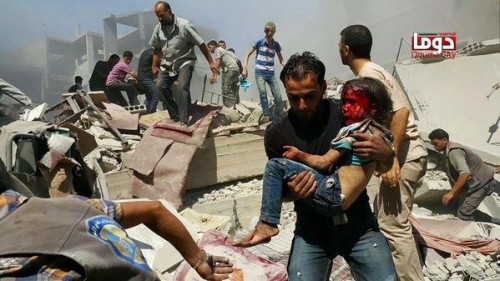 Scores of people died on Saturday from more regime bombing on the Damascus suburb of Douma, almost a week after Syria’s air force killed at least 112 people and wounded more than 550.

Estimates of between 35 and 50 dead are circulating.

Army units destroyed a mortar launcher and killed a number of terrorists in intensive strikes against their dens in Erbin, Douma and Harasta in eastern Ghouta in Damascus countryside. A total of 37 terrorists were confirmed dead in the operations.

The Assad regime has besieged and bombed Douma for years in an attempt to break rebels and the local population. There has been an escalation in 2015, with hundreds killed by the attacks.

Last Sunday, Syrian warplanes dropped at least nine vacuum bombs, some of which hit a crowded vegetable market. Of the 112 killed and more than 550 wounded, about 40% were children. 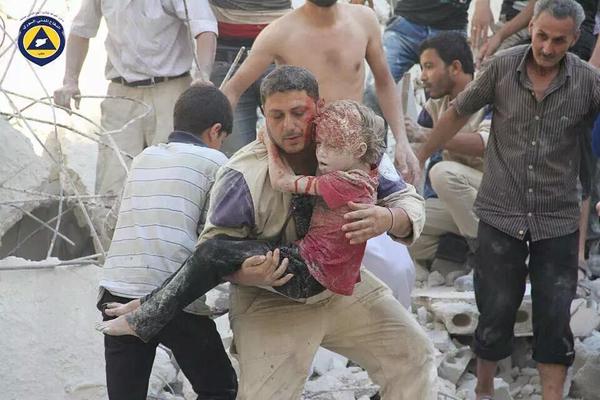 As a man stands by a destroyed building, another strike hits the area:

The scene after the attacks:

Overhead view of the scene: 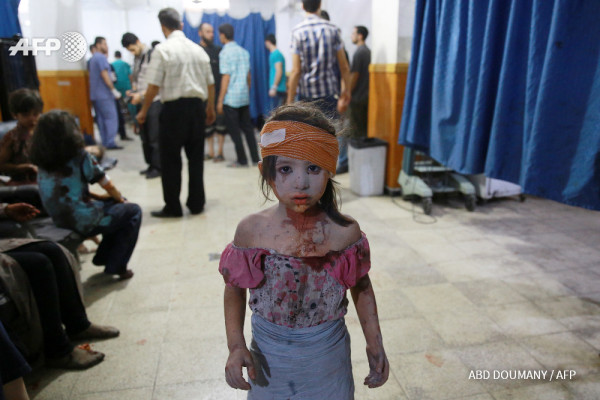 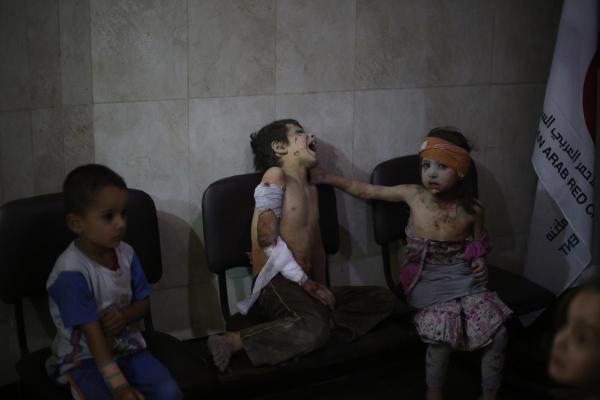