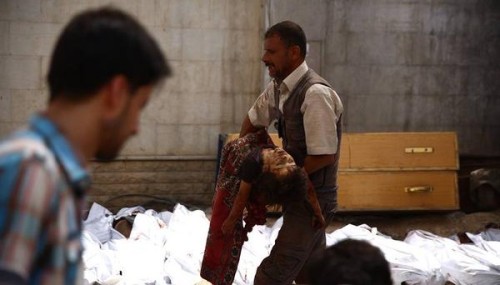 PHOTO: Scene of regime’s deadly bombing of Damascus suburb of Douma on Sunday

The latest regime airstrikes and shelling on rebel-held Douma, near Syria’s capital Damascus, killed more than 100 people on Sunday.

Activists say areas including a vegetable market were hit by at least nine vacuum bombs and shells, in one of the largest of the Syrian military’s many assaults on Douma this year.

The names of 60 of the victims have been posted. Victims were buried in a long trench.

Aftermath of the attacks, with the wounded being carried away and bodies being laid out (Warning — Graphic Images):

Assad forces have bombarded Douma in part because it is the base of Jaish al-Islam, the leading rebel faction near Damascus. The Syrian air force has continued the attacks despite Jaish al-Islam’s threat to retaliate with rocket fire on military targets in the capital.

The latest airstrikes follow Jaish al-Islam’s raids on Saturday on regime positions in the nearby town of Harasta, including an attack on the army at the Vehicle Directorate.

Hundreds of people have been killed in the Damascus suburb in 2015. The area has also been under siege, with the Syrian military trying to choke off food and essential goods. 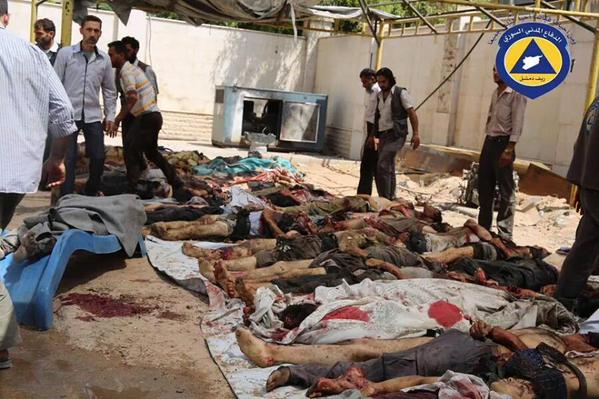 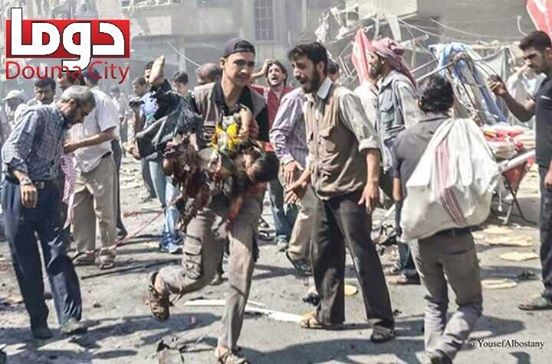 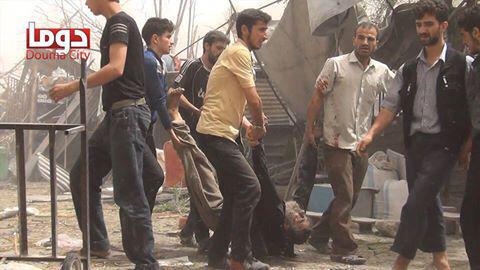 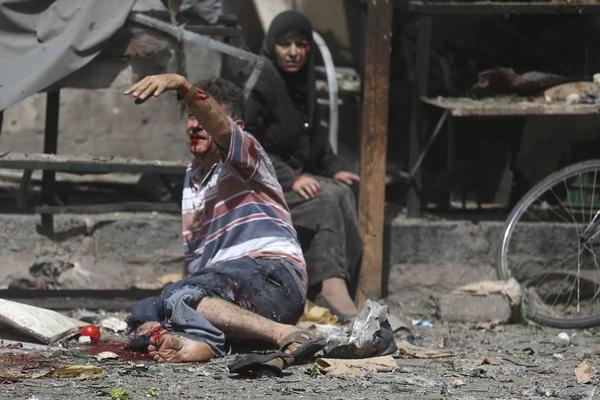 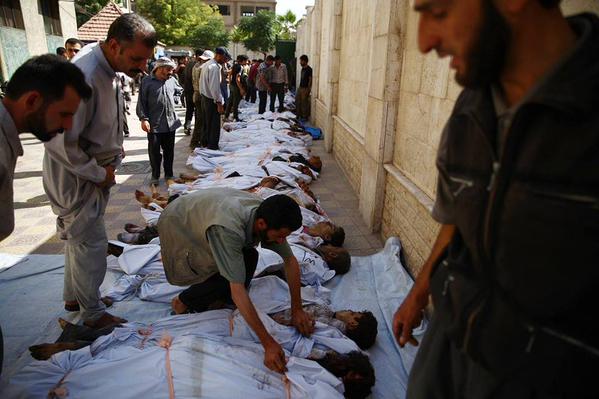 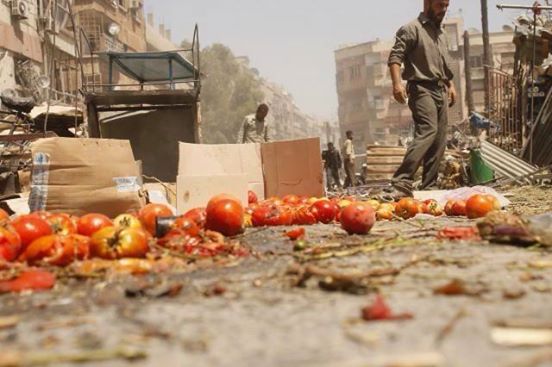