Iran Daily, Jan 30: Amid Difficulties, Tehran Plays Up Alliance With Russia Over Syria 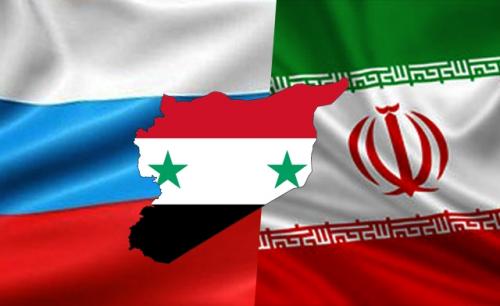 Iran plays up this week’s diplomatic offensive with Russia over the Syrian conflict, declaring “positive results” despite the economic difficulties in both Damascus and Tehran.

On Wednesday, the Supreme Leader’s top foreign policy aide, Ali Akbar Velayati, suddenly showed up in Moscow to be warmly received by Russian President Vladimir Putin. The official explanation for the visit was that Velayati was seeking an upgrade in Iran’s status at the Shanghai Cooperation Organization — no reference was made to Syria, even though the visit coincided with the opening of Moscow’s long-trumpeted “peace” talks between an Assad regime delegation and members of the domestic opposition.

The former Foreign Minister exalted Iran’s assistance to the Assad regime in “the battle against terrorists” and proclaimed that Iranian-Russian cooperation over military aid had been “very fruitful” and “can set a good example” for areas from Lebanon to Iraq to Yemen to Central Asia and the Caucasus.

Velayati did not mention the growing challenges to Iran and Russia in maintaining their essential support for President Assad. With no sign of a military breakthrough and facing serious shortages of food and energy, Syria is seeking more Russian aid and an extension of a $3.6 billion line of credit from Iran that will soon be exhausted. However, Russia and Iran are facing problems in meeting the request, with both hit by the fall in global oil prices and dealing with the effects of sanctions.

Qassem Soleimani, the head of Iran’s elite Qods Force, pays tribute in Beirut to Hezbollah commanders and fighters killed by an Israeli airstrike in southwest Syria on January 18: 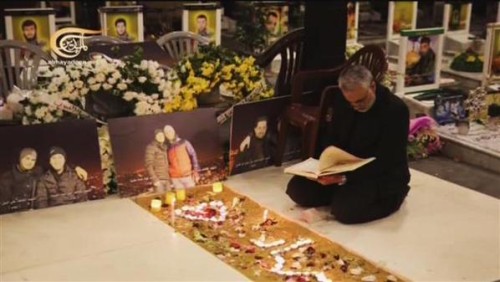 Iran’s Lead Nuclear Negotiator: “We Can Have Agreement by March”

Araqchi said the pursuit of a comprehensive agreement is a difficult “marathon” but could succeed by March.

Thursday’s talks, lasting four hours, followed Iranian discussions with the US and a one-day plenary session between Iran and the 5+1 earlier this month. The two sides are seeking an agreement by a July 1 deadline.

No details were given.

Iran’s oil exports to Asia have reached their highest point since the imposition of tough US and European sanctions in 2012, but could face difficulties for further recovery.

Earlier this month China confirmed an increase of about 30% in its imports from Iran last year. India also took more oil, offsetting falls in exports to Japan and South Korea.

December imports into Asia rose 22.1% from a year ago to 1.21 million bpd, the highest level since May, because of a jump in India’s purchases and winter demand.

However, Indian authorities have asked refiners to cut oil buys from Iran in the next two months to keep imports in line with last year, as Tehran continues to seek the lifting of US-led sanctions through a comprehensive nuclear deal.