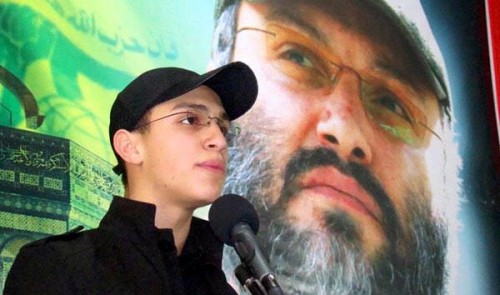 Video: In Aleppo, Defying the Regime’s Bombs and Threatened Siege

Israeli media, citing Lebanese sources, are claiming a motive for Sunday’s airstrike killing Hezbollah and Iranian commanders in southwest Syria: they say the attack was to prevent Hezbollah setting up missile bases near the Israeli-occupied Golan Heights.

The attack on two vehicles in Quneitra Province, about 60 km (37 miles) south of Damascus, killed Hezbollah commanders Mohammad Issa and the Iranian-born Abu Ali Tabatabai and the Iranian General Mohammad Ali Allahdadi, as well as Hezbollah and possibly Iranian fighters.

Israel’s Channel 2 said Jihad Mughniyeh, son of the famed Hezbollah commander Imad Mughniyeh, and Issa, were overseeing the establishment of the bases with the transfer of missiles from Lebanon, Iran, and other parts of Syria.

The initiative would enable Hezbollah to strike at Israel without doing so from Lebanon, the report said.

The claim was in stark contrast to another, from a “senior Israeli official” to Reuters, which appeared to play down the attack. The senior official said — perhaps improbably, given that Israeli intelligence would have been monitoring the border and any high-level activity — that the helicopters and drones thought they were striking a convoy of low-level fighters.

Israel has attacked convoys with missiles, reportedly being moved to Hezbollah in Lebanon, and installations with the weapons inside Syria on several occasions in the last two years.

The head of Iran’s Revolutionary Guards warned on Tuesday that Israel would be hit with “devastating thunderbolts” in response to the killing of the Hezbollah and Iranian commanders. He pledged that the Guards would pursue “the final collapse of the Zionist regime”.

State media reports that six people were killed and scores wounded on Wednesday by a car bomb in Homs.

Homs Governor Talal al-Barazi said five civilians were killed and 35 others were injured in a crowded residential area in the Ikrima section.

A source at the Homs Health Directorate said that the bodies of 5 victims had been received, while 70 people, most of them women and children, were being treated. One of the injured has died.

Countering the Russian initiative for talks in Moscow between the Assad regime and a nominal opposition, the Syrian National Coalition has approved a draft document restating its commitment to a transitional government without President.

The 13-item “Basic Principles for a Political Settlement in Syria” calls for a resumption of negotiations, but says they must be on the basis of “a transitional governing body with full executive powers” while “removing the head of the regime and its symbols and his security forces, and establishing a pluralistic civil system”.

Russia has been trying to convene a political conference in late January, but the initiative is close to collapse after domestic opposition groups and key figures refused to attend preparatory talks.

Activists: 77 Killed in Regime Attack on Livestock Market in Northeast

The Local Coordinating Committees have updated the death toll to 77 from Tuesday’s regime barrel-bombing of a livestock market in Khansaa in Hasakah Province in northeast Syria.

More than 100 people were wounded in the strike on an Islamic State-controlled area near the Iraqi border.

State news agency SANA denies any civilian deaths and, indeed, any barrel-bombing: “SANA reporter in Hasaka said a unit of the Army and Armed Forces eliminated tens of Islamic State of Iraq and Syria terrorists in al-Khansaa village, south of Tal Hamis, in the countryside of the northeastern [Hasakah] province.”