Syria Analysis: Russia’s “Peace” Proposal Has Failed — But US Embraces It…& Assad’s Stay in Power 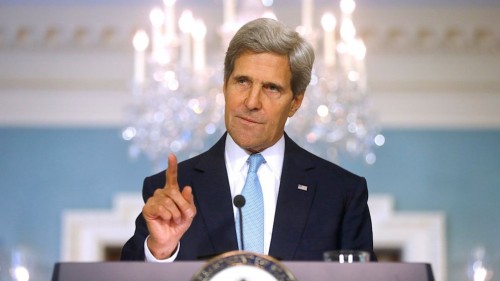 In a telling diplomatic development — both of the ongoing conflict in Syria and of the shift in the US Government’s strategy — Washington is promoting Russia’s “peace” initiative, even though it has already failed.

The New York Times vividlypresented the paradox on Monday:

American support for a pair of diplomatic initiatives in Syria underscores the shifting views of how to end the civil war there and the West’s quiet retreat from its demand that the country’s president, Bashar al-Assad, step down immediately….

The United States and other Western countries have publicly welcomed initiatives — one from the United Nations and one from Russia — that postpone any revival of the United States-backed Geneva framework, which called for a wholesale transfer of power to a “transitional governing body”….

One of the new concepts is a United Nations proposal to “freeze” the fighting on the ground, first in the strategic crossroads city of Aleppo. The other is an initiative from Russia, Mr. Assad’s most powerful supporter, to try to spur talks between the warring sides in Moscow in late January.

What the Times notes only briefly is that both initiatives have stalled and, indeed, that the Russian “peace” effort is on the point of collapse. Last week, Syria’s main domestic opposition, the National Coordinating Body, and key figures like Moaz al-Khatib, the former head of the Syrian National Coalition, refused to attend preparatory talks for the conference in late January. Russian officials, including Foreign Minister Sergei Lavrov, resorted to threats to the nominal opposition, saying it would have no role in Syria’s political future if it did not participate.

Meanwhile, UN envoy Staffan de Mistura failed to move the Assad regime and the opposition closer to his plan for the “freeze” in fighting in Aleppo, Syria’s largest city, despite another high-profile round of talks with foreign leaders. The opposition has proposed an expansion of the “freeze” area across northwest Syria, effectively consolidating its control over the territory. The regime, despite its headline promotion of “reconciliation”, has firmly rejected any freeze beyond Aleppo.

Yet, days after the blows to the Russian initiative, US Secretary of State John Kerry was not only embracing the Moscow conference but making a significant retreat: he no longer called for the “transitional government” in which President Assad would relinquish power. Instead, he called on Assad to make reforms and highlighted the threat of the Islamic State as the priority: “[The regime should] put their people first and…think about the consequences of their actions, which are attracting more and more terrorists to Syria.”

So, further bolstered by unnamed “Western diplomats”, the Times acknowledges but glides over the collapse of the Russian initiative and de Mistura’s difficulties to buttress the changing US Government position:

Critics argue that Washington is simply trying to disengage and offload the Syria problem to Mr. Assad’s allies, Russia and Iran, even at the cost of empowering them.

Still, any attempt to bring the parties to the table should be considered constructive, another Western diplomat said. “You can’t say to the Russians, “Go to hell.”