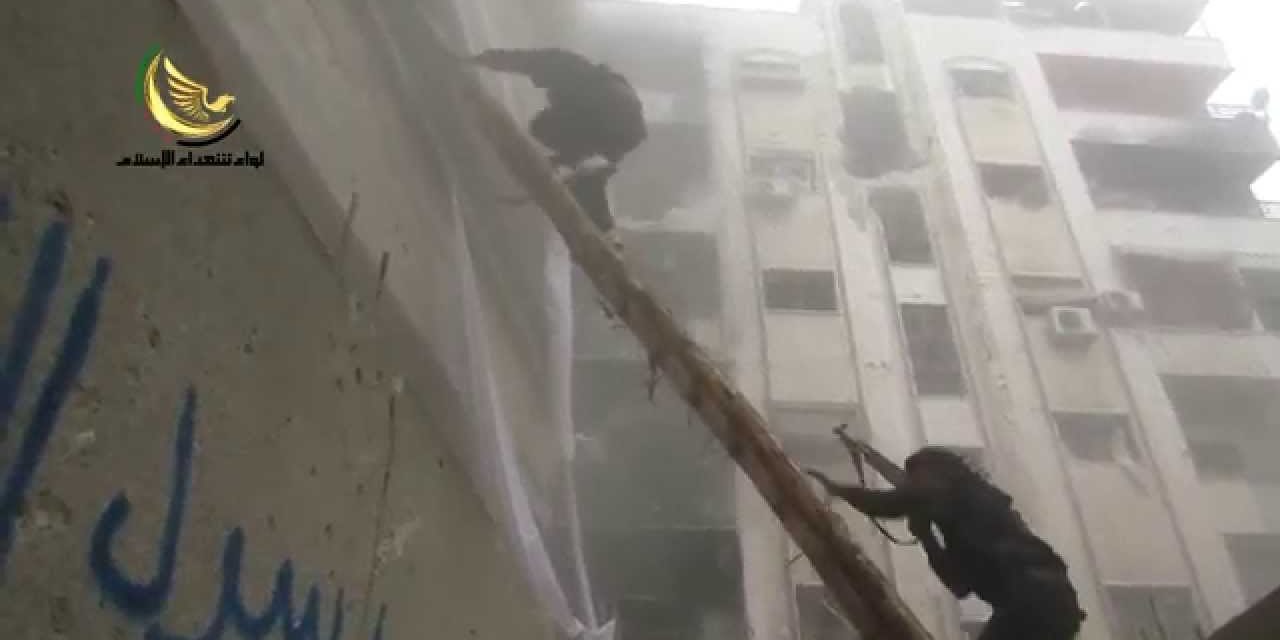 A vivid example of bureaucratic language from Prime Minister Wael al-Halqi (pictured) tips off the Assad regime’s worry that it cannot provide basic services for the Syrian people.

Prime Minister Dr. Wael al-Halqi said the government is interested in providing the living needs for citizens, which makes depending on the positive interference institutions a necessity to procure goods in adequate quantities and good quality.

Al-Halqi was speaking during a meeting to discuss the situation of positive interference institutions.

PM al-Halqi called on the positive interference institutions to be “the government’s powerful and influential arm in the market in the interest of consumers,” underlining the importance that they earn the citizens’ trust and help them provide for their living at affordable prices.

The regime is facing serious shortages of fuel this winter after the loss of oil and gas fields to the Islamic State and damage to infrastructure in the 45-month conflict. In November, the Government raised the subsidized price of diesel fuel and heating oil by up to 33%.

Prices have risen sharply for food and essential goods, and the Syrian pound was officially devalued this week. The Prime Minister tipped off concern about the black market and diversion of funds, as “he stressed [the] need for preventing manipulation and corruption in the institutions’ work”.

He asserted, “These institutions need to square up to the crisis convulsing the country by providing optimal services under the current economic situation in Syria.”

UN envoy Staffan de Mistura, following talks this week with both President Assad and the Syrian opposition, is continuing to press his plan for a “freeze” in fighting in Aleppo.

De Mistura declared in an interview that there is “no other game in town”, asserting, “At the moment the alternative is simply a continuous conflict in which there is no winner and the only losers are the people of Syria.”

The Assad regime has given nominal support to the plan for a halt to the conflict in Syria’s largest city, divided since July 2012, to allow humanitarian aid and open space for political talks. However, the opposition — both the Syrian National Coalition and the recently-formed Revolution Command Council — gave no apparent encouragement to de Mistura in discussions in Turkey.

I have indications that the government of Syria is taking this Aleppo freeze proposal by the UN seriously and that the opposition is seeing that the alternative could be a devastating attack on the city by either the government or by Isis [Islamic State], which is only 22 km away. This is based on the concept of giving a moment of hope to the Syrian people and therefore to the international community that there are places where this conflict can be stopped.

Video: Insurgents Claim Takeover of Part of Brigade 82 Base, South of Damascus

Insurgents have posted footage claiming to be of their takeover of part of the Brigade 82 base, near the key town of Sheikh Maskin south of Damascus:

The town was taken over by the insurgents this autumn, although the regime has persisted in trying to recover it. Both Sheikh Maskin and the base are seen as part of the outer ring of defense of Damasus — they lie near the main highway from the capital to the Jordanian border.

Insurgent factions have sent reinforcements to the village of Bir al-Qasb to check any attempt by the Islamic State to gain a foothold in southern Syria.

Earlier this week, Islamic State accounts announced that the village had been captured, showing photos of jihadist fighters and vehicles.

One insurgent faction wrote on its Facebook page on Wednesday, “The Jaish Usud a-Sharqia is sending reinforcements to Bir al-Qasb to destroy the remnants of the Dissenters [Islamic State].

Bir al-Qasb lies on the border between outer Damascus and the area of Suweida. If the Islamic State establishes itself there, it could try to push into Daraa Province, most of which has been taken by insurgents from the Assad regime.

The Islamic State was pushed out of much of southern Syria, including the East Ghouta area near Damascus, in fighting with insurgents earlier this year.

Video: The Urban Warfare in Damascus Suburb of Darayya

A 4-minute clip of the urban warfare in Darayya, southwest of Damascus:

Despite bombardment, ground attacks, and a protracted siege, the opposition has held out in Darayya for months. The regime has failed to force a local cease-fire and “reconciliation”, at it has with other Damascus suburbs.

Most of Darayya was occupied by the insurgency in 2013, although fighting has been almost continuous since then. On at least two occasions, the regime carried out mass killings of civilians in the town.