Syria: How Islamic State of Iraq Has Contributed to Idea of a “Civil State” 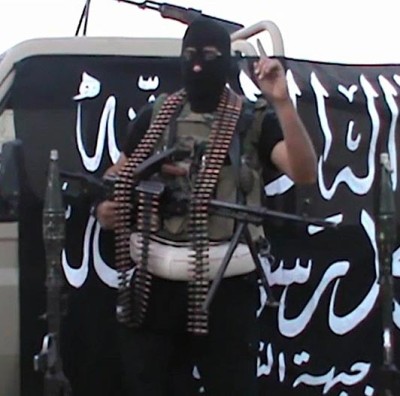 From its start in March 2011, the Syrian conflict has featured the search by protesters and activists for a “civil state” representing people and responding to their needs and aspiration. That quest has been maintained despite three years of repression, violence, and the militarization of the conflict.

Yet the greatest support for the civil state may not come from these protesters and activists. Instead, it may be offered by the Islamic State of Iraq and ash-Sham.

That statement may appear outlandish, given that ISIS is firmly opposed to the civil state. However, with its entry into Syria, its often-brutal treatment of civilians as well as armed opponents, and now its fighting with insurgent groups, ISIS has opened up the space for a discussion of the alternative to its projection of Sharia.

Sunni scholars and clerics have long debated the topic of the civil state on social media, television channels, and newspapers. Now those protagonists can argue that an opponent’s interpretations of Islam are flawed because of its alliance with the interpretation of ISIS — the faction carrying out detentions, kidnappings, killings, and beheadings.

Meanwhile, scholars who have been excluded from official institutions or pro-government media outlets are receiving attention, even as they question the idea of an Islamic state or explain how Islam has endorsed the idea of the civil state in the past. They can demonstrate that Islam accepts a state where people can choose their laws and government system according to their time and place. They can insist that the theocratic state and “Sharia law” is not necessarily the only Islamic form of governance and justice.

When the Islamic State of Iraq and as-Sham first entered Syria in 2013, many traditional clerics described the development as Muslims fighting a secularist regime in Damascus. Later they gave the development the sectarian framing of a Sunni majority against the Alawites supporting President Assad, and then a Sunni-Shia war.

That projection was complicated, however, by the split between ISIS and the Islamist faction Jabhat al-Nusra and by ISIS’s emerging battles with Syrian insurgents. So some of the clerics who had projected the sectarian war have now announced their support for “secularist groups” like the Free Syrian Army against ISIS.

Meanwhile, scholars who had been pushed to the fringe of public discourse now find resonance for their arguments. Saudi scholar Hasan Farhan AlMaliki is using Twitter to challenge older interpretations of Islam and is encouraging people to criticize Sharia literature. The Syrian scholar Mohamed Shahrur’s views of the Qur’an are promoted by young users of social outlets, and he is now being discuss in mainstream media. Shahrur who most of his interpretations are new to the majority of Muslims are moving to the mainstream media.

One of Shahrur’s ideas being debated are the limits of punishment under Sharia law, such as the amputation of hands in the case of theft. He argues that chopping off one hand is the upper limit of punishment, even in extreme cases, so it is prohibited in Islam to cross that limit by killing culprits or cutting off both their hands.

Another scholar, Adnan Ibrahim, is putting the debate in historical context. He is questioning accounts in Sunni Islam such as the event just after the Prophet Muhammad’s death. Through lectures posted on YouTube, he is hoping to open areas of discussion that could reduce sectarian tensions.

These ideas are going beyond the specifics of a theocratic regime to raise the importance of reconsidering interpretations of the Qur’an, without changing the original text of the holy book. Drawing on AlMaliki, Shahrur, and other scholars, users of Twitter are asking people to scrutinize the credibility of Hadiths that have been considered beyond public debate.

Historically, shifts in Sunni thought about religion and the State have come from clerics or scholars supported by regimes. A famous example is Muhammad ibn Abd al-Wahhab (1703–1792), whose interpretations of Islam are prevalent in Saudi Arabia due to the backing of the House of Al Saud.

However, there is a space for evolution from public interests in other interpretations, especially if the ideas can escape suppression. The 21st century, with its new media and opportunities for communications, has expanded that space for scholars who do not need a degree from a specific institution to promote their views.

Unwittingly, the Islamic State of Iraq and as-Sham has contributed to that expansion, even as it has attempted strict control of Syrians through its version of sharia. Its excesses have fed thoughts of alternatives for the people and the State, alternatives for some advance out of the bloodshed and turmoil of the Syrian conflict.