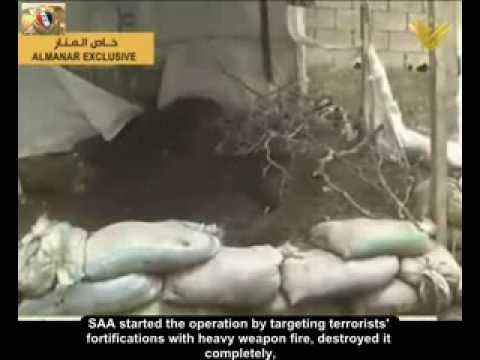 The Syrian military claimed on Saturday that it has captured Zara, west of Homs, after nearly a month of attacks.

“Syrian army units, in cooperation with the National Defence Force and honourable residents, took full control of the town…and its surroundings in the western Homs countryside,” a statement said.

The opposition Shaam News Network claims, from “eyewitnesses”, that scores of residents, including women and children, were killed as the Syrian forces took over the town.

Zara, near the 12th-century Crusader castle Krak des Chevaliers, lies on a highway linking central Syria to the Mediterranean coast — a “key passageway for terrorist groups coming from Lebanon”, according to the Syrian military.

Activist Samy al-Homsi said, “The town was one of two last strongholds for rebels along the Lebanese border leading to the city of Homs, the other being the nearby village of al-Hosn.”

He claimed, “Without al-Hosn and Zara, it will be the end of the revolution to the west of Homs… It’s the only two areas left to the rebels there.”

Moustafa was one of eight fatalities when a bomb hit the insurgent-held Hadariyeh area, as the photographer was standing alongside firefighters.

Moustafa is the second journalist killed in 48 hours. A cameraman for Al Mayadeen TV died on Saturday in Deir Ez Zor in eastern Syria.

Activists say there are casualties from “poison gas” in shelling by regime forces of Jobar in Damascus:

EA sources believe that the Syrian military may be using a mixture of diluted sarin and tear gas in the shells.

Maaloula Nuns Released by Insurgents After More than 3 Months

At least 12 nuns, held by insurgents since fighting in the ancient Christian town of Maaloula in early December, have gone to Lebanon and are now making their way to Damascus.

The regime said the nuns were abducted. Insurgents said the women were taken from Maaloula for their protection from Syrian military shelling.

The nuns were kept in the nearby city of Yabroud. On video, they supported the story of “protection” and said they were being treated well by the opposition fighters. Critics of the insurgency countered that the statements were made under duress, and subsequent reports indicated that the insurgents wanted the freedom of women in Syrian prisons in return for the release of the nuns.

The regime’s month-long offensive closing on Yabroud, with bombing of the city, increased the urgency of the situation, and a Lebanese security source said the nuns were transferred to the Lebanese town of Arsal last week and are en route to Damascus on Sunday.

Omar Abdelqader, a cameraman for the Beirut-based Al Mayadeen, was killed on Saturday covering clashes between regime forces and insurgents in Deir Ez Zor in eastern Syria.

A local Syrian military commander said Abdelqader was shot by a sniper while he filmed regime troops. Wounded in the neck. the cameraman pronounced dead in hospital shortly afterwards.

Al Jazeera English reports from Flita, a village holding out against the regime’s offensive in the Qalamoun region: 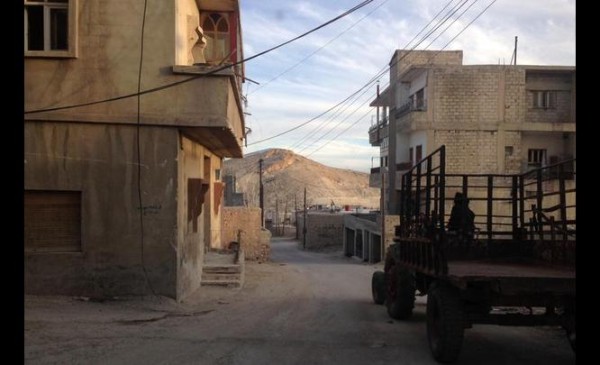 In a tiny village perched in the folds of one of Syria’s highest mountains, a rebel commander sits behind the steering wheel of his parked pick-up truck, listening for the first time to an anthem created by his enemies vowing to give him and his comrades “dark days”.

Safwan Ouda had covered his vehicle with mud to camouflage it from the fighter jets of Syrian President Bashar al-Assad’s air force. His village, Flita, was once mostly known for its drug trade, but is now at the centre of a decisive battle in this juncture of the Syrian conflict.

It lies on a supply route between Lebanon and Yabroud, the largest rebel stronghold in the Qalamoun mountains….

Three weeks ago, when regime troops tried to advance into Flita, dozens of rebel fighters fended off the soldiers by mounting a Concours anti-tank missile launcher on a hill and firing at them. No subsequent ground offensives were attempted.

Flita’s altitude – more than 2,000 metres above sea level – and its rough terrain and rock shelters have provided a natural fortification for the rebels from artillery shelling and air strikes.

“If the US was humiliated and got lost in Tora Bora, how can the Syrian regime win here?” Ouda asked, referring to a battle in similar terrain during the war in Afghanistan.

President Assad has told leaders of his Baath Party that its strength of al-Baath Arab Socialist Party lies in its natural commitment to Arabism and Islam, confronting “the plot seeking to undermine pan-Arab thought”.

Assad’s message is part of the regime’s declaration of superiority over backers of the Syrian opposition such as Saudi Arabia.

Assad continued “With the vision of citizens becoming clear and the conspiracy becoming exposed, a climate of dialogue has become available for the party to enhance the State’s efforts in realizing reconciliation, in parallel with striking terrorism.”