Syria: Citizen Journalists On The Frontline 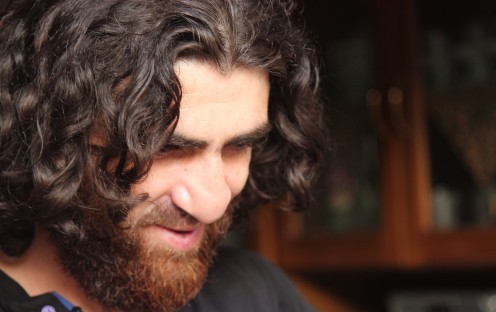 Anton Klepke and Kajsa Olsson, freelance journalists based in Istanbul, write about citizen journalists in Aleppo.

Those interviewed for this story use pseudonyms for security reasons.

The familiar and feared sound of falling barrel bombs filled with explosives and sharp metal fragments breaks the dawn silence and awakens Aleppo. Then comes the sound of explosions, and then the screams.

Malek Blacktoviche grabs his camera from the table beside the bed, dresses quickly, and hurries out into the street in the direction of the explosions.

“I run as fast as I can towards the place where the bombs struck. I capture photos and film the devastation and the deaths,” Malek says.

“But sometimes, I cannot continue filming, if there are wounded who need my help. Then I have to put away the camera and try to help as many people as I can.”

Malek is one of the many residents of Syria’s cities, towns, and villages who, since the beginning of the civil war, have become so-called citizen journalists — those without prior journalistic experience begin documenting what is happening around them during a crisis or conflict.

Often they use social media and simple cameras.

Malek says he was a web developer for an Aleppo information technology company before the war.

“But I lived without freedom of expression in a one-party state. So when the revolution came in 2011, I felt, like many others with me, that this was the moment we had waited for,” he explains.

“It is my duty to document the revolution,” he adds.

The vital role of citizen journalists became widely recognized during the Arab Spring, when citizens themselves began to document the demonstrations taking place across the Arab world.

Early on in Syria’s uprising, the Assad regime tried to block social media and restricted access for international journalists to the country.

According to the Committee to Protect Journalists (CPJ), Syria is by far the most dangerous country for reporters to work in. Because of this, as the conflict has continued and worsened, Syria’s citizen journalists are often the only sources of information from within war zones.

It is also these citizen journalists who have to take risks to get news out.

According to Reporters Without Borders, almost 80% of the journalists killed in Syria have been citizen journalists.

Before the uprising, Tha’er Addinashqi says he was a student at the university in Damascus. Now he works for the Shaam News Network(SNN), a group of citizen journalists spread across Syria who publish news via Facebook.

“We risk our lives every day when we document the civil war,” Tha’er says.

Tha’er, who says that he is wanted by Assad’s security police, adds that he and his fellow citizen journalists have also been subjected to attacks by the regime and jihadist faction the Islamic State of Iraq and ash-Sham.

“The regime has carried out such attacks since the beginning of the revolution, but the Islamist groups have recently intensified similar targeted attacks against journalists,” he explains.

It is not just citizen journalists who face risks. Their family members have also been targeted by the Assad regime.

Tha’er says that Assad’s forces arrested his father at his home, and tortured him in prison for over three months when he refused to reveal where his son was hiding.

Malek says that he was also arrested and imprisoned in early 2012, when taking part in a demonstration. In prison, Malek says he was tortured by the Syrian security police. After a week, he managed to collect a large sum of money that the police demanded in exchange for his release. Shortly after he was released, Malek again became involved in the resistance against the Assad regime.

Many of those who have shown their opposition to the regime say there is no turning back.

Noha Hussein, who previously worked as a journalist for pro-Assad news agency but now lives in exile under an assumed identity, knows this all too well.

“When the conflict intensified, I couldn’t bear to spread the regime’s perspectives on events. There were a lot of us at the agency who gave our opinion about the situation in Syria. Many were arrested,” Noha says.

Noha adds that she and others even tried to report their versions of events to international news media, using pseudonyms.

“It was very dangerous,” she recalls. “After a while I was left with two alternatives, either I stayed in Syria and had to take the risks of being killed, or I leaved the country and become one of the millions of Syrians who have fled to neighboring countries.”

In Istanbul, we meet Syrian journalists-in-exile Alisar Hasan and Feras Fayyad, who together started the radio station ‘Sout Raya’ to give the Syrian people news about the conflict.
The couple blends easily into the young population around Istanbul’s city center. But in fact, they are a part of the ever-growing wave of Syrians who have taken shelter in Istanbul. 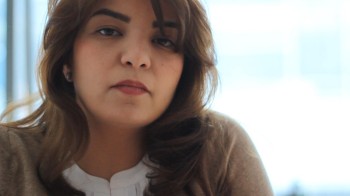 Feras recalls how he was arrested and imprisoned for five months in 2011, because of his critical documentaries about the Assad regime.

“I was systematically beaten in prison,” he recalls.

He adds, “As soon as I was free, me and Alisar escaped from Syria. First to Jordan and then to Istanbul. Here we began to build the radio station Sout Raya to distribute reports to the people inside Syria and cover the conflict.”

Why is he making such a dangerous trip?

“Many ordinary families in Syria have no access to the internet but only access to radio, explains Alisar. “These are the families we want to reach with our broadcasts.
The people need to know what is happening.”

In 1982, Syrian government forces under Assad’s father, Hafez al Assad, carried out a massacre in the Syrian city of Hama, in which between 10,000 to 40,000 civilians were killed. The massacre was one of the bloodiest single attacks by any Middle East government against their own people in modern history. In Syria, it is forbidden to talk about or refer to the massacre, but despite the ban, Syrian citizens say they are well aware of what took place in Hama. They are also painfully aware of how very few photographs or documents there are from the time.

Some of Syria’s current citizen journalists say their will to risk their lives to report on the crisis stems from the feeling that now, for the first time, they have the power to document what is happening.

But Tha’er Addimashqi at Shaam News Network bears witness to the increasingly difficult conditions for citizen journalists of documenting the situation in Syria.

“We have a great need of technical support from outside Syria. We don’t ask for money for our pictures. But when we risk our lives to send pictures to international news agencies, they have to give us the protection and the equipment they would have given to their own journalists,” he says.

Back at his apartment Malek has started up his laptop and, via an unstable internet connection, patiently uploads the images he took today onto various social media sites. Like Tha’er, he stresses that Syria’s citizen journalists are working with insufficient resources.

“We need protective gear, cameras and long-range camera lenses so that we don’t need to be in the middle of the attacks when we capture the incidents. We need satellite transmitters because the internet is blocked in rebel-controlled areas,” he explains.

Malek tells us that what Syria’s citizen journalists really need, however, is to get in touch with the international media who have the means to publish and distribute the images and the reports they produce.

He looks at his laptop screen as his photos slowly upload, one by one, to the internet.

“Honestly, the biggest obstacle for journalists in Syria right now is the growing feeling that no one nowadays cares about what is happening here,” he says.

Malek says he that Assad’s bombs and bullets won’t be what stops citizen journalists like him from getting the news out.

“When you no longer care to look at our photos from the war, then we have been defeated,” he concludes.

According to CPJ, Committee to Protect Journalists, 61 journalists have died since the uprising in Syria. CPJ’s figures only cover the journalists killed during ongoing journalistic work, in targeted attacks and where the cause of death has been verified.

The Syrian Journalist Association has listed all journalists killed during the uprising. Their numbers were 233 killed journalists at the end of January 2014.

According to Reporters Without Borders, 78% of all journalists who have been killed in Syria were citizen journalists.

About the Authors
Anton Klepke and Kajsa Olsson are Swedish freelance journalists and filmmakers living in Istanbul.

Anton Klepke is educated TV-journalist and has worked at the Swedish educational broadcasting channel.