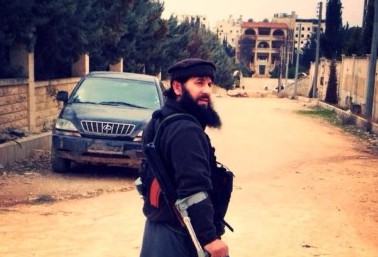 Chechen fighters in Aleppo Province report that the independent Syrian faction Nuraddin Az Zinki,with assistance from Chechen-led faction Jaish al-Muhajireen wal Ansar have moved southeast from Kafr Hamra towards Aleppo. They are battling Assad’s forces on the outskirts of Balleramoun, also known as Al Layamoun, on the northwest edge of Syria’s largest city.

Jaish al Muhajireen wal Ansar, which considers itself part of the Caucasus Emirate, has vocally opposed the insurgent fight against Islamic State of as-Sham. However, its second-in-command, Crimean jihadi Abdul Karim Krymsky, has also criticized ISIS for massacring civilians and alienating foreign fighters from the Syrian population.

JMA has insisted that it is operating for the good of the local population, and claimed footage of its fighters providing assistance to local Syrians have circulated on the internet.

In response, Chechen fighters allied with ISIS have criticized JMA for signing a ceasefire agreement with Free Syrian Army fighters.