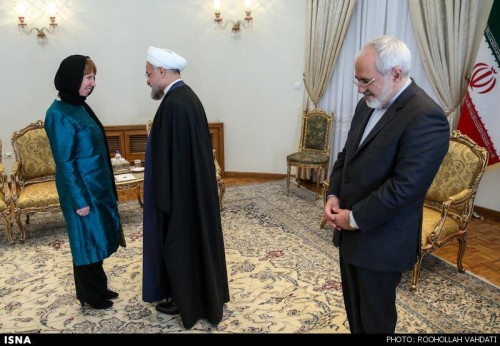 LATEST: Activists: 100s of Protesters Beaten and Arrested at Gathering for Detained Dervishes

Two of a series of images posted by Nasim Online: 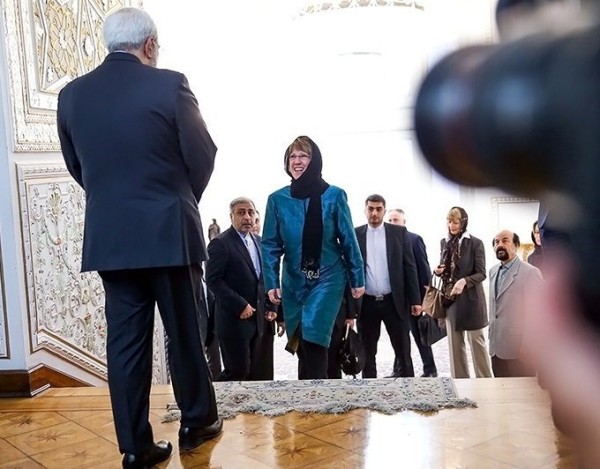 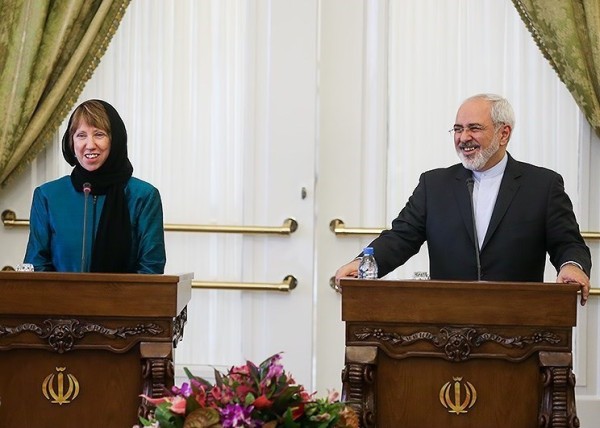 No details were released of the discussions, which follow last month’s opening of high-level talks on a comprehensive nuclear deal.

Last week experts from the two sides held three days of discussions on technical issues about Iran’s enrichment of uranium, the status of Iranian nuclear facilities, and US-led sanctions on Tehran.

The regime welcomed the visit in a marked change of tone from recent statements focusing on criticism of the US. MPs said it would “positively impact the nuclear negotiations“, and Ali Akbar Salehi, the head of the Atomic Energy Organization, praised the talks between experts, “There has been good progress and if the other side also has goodwill, thAere would be a positive outcome.”

At the same time, Araqchi said Iran would firmly maintain its position, “We will resume and continue talks with logic and reasoning, and will insist on our stances about protecting the rights of the Iranian people.”

He continued, “We will by no means be influenced by US officials’ media hype and saber-rattling.”

Activists: 100s of Protesters Beaten and Arrested at Gathering for Detained Dervishes

Activists say security forces beat and arrested hundreds of protesters at a demonstration for detained Gonabadi derivshes in front of the Tehran Prosecutor’s Office on Saturday.

The Majzooban-e Noor website said at least 80 women and 200 men were arrested.

More than 2,000 Gonabadi dervishes, followers of a branch of Sufi Islam, have stopped eating in solidarity with 10 imprisoned adherents who on hunger strike to protest their conditions.

The protests were joined by human rights lawyer Nasrin Sotoudeh, released last autumn after three years in prison; Gohar Eshghi, the mother of blogger Sattar Beheshti, who died three days after his detention in November 2012; Massoumeh Dehghan, the wife of imprisoned human rights lawyer Abdolfattah Soltani, and Narges Mohammadi of the Center for Defenders of Human Rights.

At least 13 Gonabadi dervishes and their lawyers have been arrested on charges such as acting against national security and disturbing the public.

Nine of the detained lawyers recently wrote to President Rouhani, calling for a review of their cases.

International Women’s Day events in Tehran were cancelled on Saturday after authorities withdrew the permit.

“Women Must Get Organized” was organized by the independent women’s group Asr-e Kherad with the Etemad newspaper and the Iranian Sociological Association. It was to feature women’s rights activists such as Elaheh Kolayi, Alieh Shekarbeigi, and Soraya Azizpanah.

Another gathering of women’s rights activists, at the Negarestan Gardens of the Sociology University, was allowed as a simple gathering without any formal speeches.

Rouhani Pushes Back Against Opponents Over “Secure Atmosphere” for Media

Trying to blunt a challenge that has blocked his campaign for openness in media, President Rouhani has pledged, “The government and the president will keep the promise, which was made on the first day, to create a more secure atmosphere for media people.”

Rouhani told the Press Festival, in remarks broadcast on State TV, “We should depict the realities for the people to raise their awareness. If clear information is provided to the people, we can achieve our sublime goals, including the goals of freedom and excellence for the society.”

The President’s intention, promoted in his election campaign last year, to reduce censorship has been blunted by MPs and officials, including the Revolutionary Guards, who have opposed relaxation of restrictions on the Internet and social media.

Journalists have been arrested and warned, and newspapers such as the reformist publications Bahar and Aseman have been banned, with their editors detained.

See Iran Interview: Why Rouhani Is Not Moving for “Press Freedom”

Rouhani referred to the cases on Saturday:

Shutting down a newspaper should be the last resort not the first. If one violates the law, we should deal with him or the managing director of the daily.

Why should we shut down the whole newspaper and make a lot of people unemployed?

Head of Revolutionary Guards: We Must Resist “Soft War” by Enemies

Amid the nuclear negotiations, the head of the Islamic Revolutionary Guards Corps, Mohammad Ali Jafari, has maintained the cultural hard-line, “In soft war, onslaughts are mainly aimed at penetrating and finding a place in the hearts of the people through the media.”

In recent weeks, opponents of President Rouhani have stepped up their criticism of his campaign to open up political and cultural spheres, denouncing steps to free up the Internet and insisting on the “Islamicization” of universities.

Jafari’s statement justified the involvement of the Guards in political matters, “The IRGC should not confine itselt to defense and military issues.”

Last autumn, Rouhani invoked the command of Ayatollah Khomeini against the IRGC’s intervention in politics.