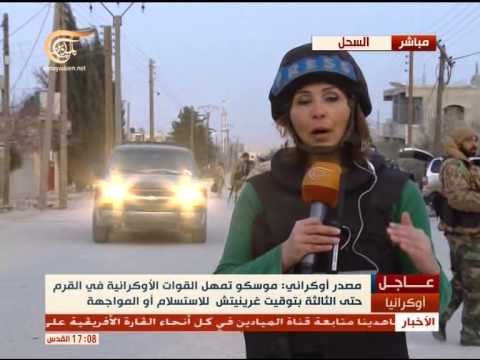 Another Split Among Chechen Jihadists over Fight with ISIS

Continuing their three-week campaign to take the city of Yabroud north of Damascus, Syrian forces claimed the capture of the village of Sahel on Monday, only six kilometers (four miles from their goal).

A pro-opposition citizen journalist in Yabroud said the Syrian military had not established complete control of the village and claimed, “Sahel does not have great strategic importance compared to the hills surrounding it, and those remain under rebel control.”

The village was occupied by Islamic State of Iraq and as-Sham fighters before their battle with Syrian insurgents began in January.

Yabroud is the largest city in the Qalamoun region between Damascus and the Lebanese border, where regime forces and Hezbollah have pursued an offensive since November.

Insurgents claim they have repulsed ground attacks, killing hundreds of regime fighters, while the Syrian airforce bombarded Yabroud as Assad’s forces persisted with their campaign.

The insurgent command in Qalamoun claimed it inflicted heavy losses on Syrian units and Hezbollah on Monday, with sporadic clashes near Rima Farms today.

Thousands of residents have fled the city, most of them trying to get into Lebanon.

The Syrian Army and a reporter in front of Sahel’s mosque: 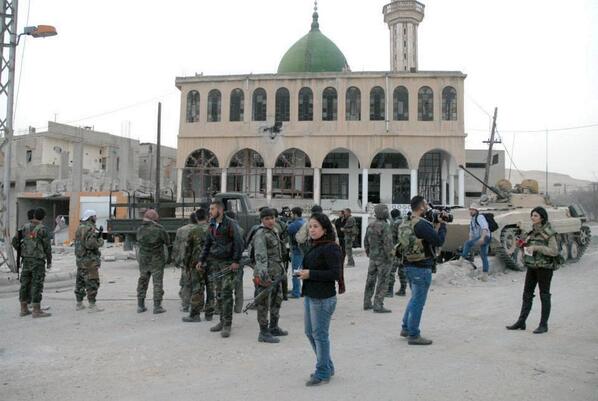 Reports are circulating that Islamic State of Iraq and as-Sham fighters have appeared in the besieged Yarmouk section of Damascus.

Syrian forces have blockaded Yarmouk since insurgents took much of the area last July. A limited amount of aid has been distributed in the past month among the 15,000 residents, mainly Palestinian, still in the neighborhood. However, the Islamist faction Jabhat al-Nusra clashed with the Syrian military in the area last weekend.

Regime broke the truce and stopped aid deliveries, so rebels retook their former positions to defend the people from regime attacks.

A small ISIS group managed to sneak in and made a big fuss. That’s all.

Claimed photograph of the ISIS fighters: 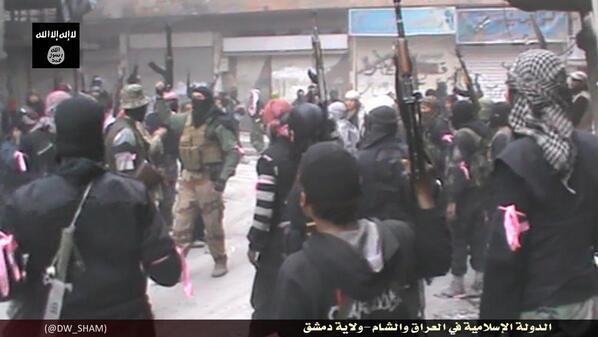 Casualties from Regime Attack on Adra, near Damascus

At least four people died from suffocation, and 30 wounded were received by this field hospital.

Some activists have claimed evidence of a chemical weapons attack, with witnesses speaking of victims being treated with atropine. Well-placed sources say the “poisonous gas” from the shelling could be diluted sarin mixed with weaponized tear gas.

Omar Farid Ashahmah, a media activist and spokesman for the Ibin Kathir Battalion, was killed on Monday by a regime artillery attack in Daraa Province in southern Syria.

Ashahmah is the 4th media activist slain in the last two weeks by Syrian forces.