Syria Forecast, Nov 25: The Battles in East Ghouta Near Damascus 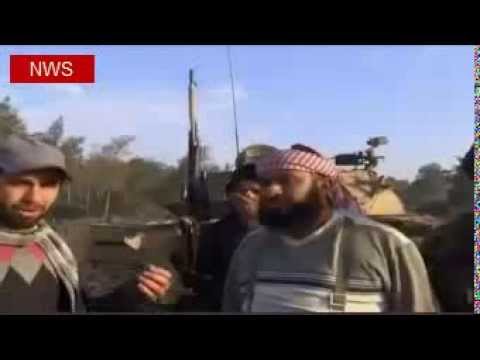 The Week Past, The Week Ahead: Iran Agreement, A Re-Formed Insurgency in Syria
1st-Hand: Fear & Confusion Among Refugees in Lebanon

Insurgents in East Ghouta, near Damascus, appear to be in the midst of an offensive to break the months-long regime siege of the area.

An unknown number of casualties have been suffered by both sides, but reliable information puts the deaths of regime fighters — mainly Shia militias, rather than regular Syrian Army — at well over 100.

Video posted over the weekend showed insurgents celebrating success against the siege.

The Syrian military has been trying since the summer to break the insurgent hold on the suburbs, using bombardment by warplanes and artillery and sometimes trying to move in ground forces. Among the attacks was a chemical assault on August 21 which killed hundreds in the area.

The attempts to clear the insurgents have failed, but the regime has continued to restrict food and supplies. On Friday, opposition fighters launched a series of attacks on military checkpoints to break the blockade.

State media is saying little about the fighting, merely asserting, “Army units repelled members of armed terrorist groups that tried to attack military posts and checkpoints in al-Bahariyeh, al-Qassmiyeh and al-Qariyeh al-Shamiyeh in the eastern Ghouta.”

Video: Massive Explosion As Children Interviewed on Outskirts of Damascus

The children were unhurt by the blast:

In Moadamiyyeh, West Ghouta, A Civilian Risks His Life To Gather Firewood

Footage from Monday shows a civilian in the besieged West Ghouta town of Moadamiyyat ash-Sham risking his life to gather firewood amid regime bombardments. The town has been under total siege for over a year, with regime forces refusing to allow food or medical aid into Moadamiyyeh.

Several civilians are reported injured as a result of heavy regime air raids on a market in Yabroud in the Damascus suburbs (click for map).

Footage of the aftermath of one of the attacks:

Syrian news site Zaman Alwasl reports that pro-Assad activists on Sunday accused the Lebanese group Hezbollah of treason, saying that the group disobeyed orders from the Syrian Arab Army, which resulted in a large number of casualties among Assad’s regular forces in East Ghouta.

According to well-placed sources, East Ghouta has received its first food deliveries in months, following weekend attacks by insurgents on regime positions, although “the siege is not totally broken”.

The sources claim that the Syrian army and National Defense Force militia could not hold positions and retreated in many of the clashes, leaving Shia units — including foreign fighters — exposed.

The Syrian National Coalition has put out a statement — interestingly, highlighting co-operation rather than conflict with the newly-formed Islamic Front — claiming victories:

The Free Syrian Army and the Islamic Front captured the towns of Buharriya, Qasimia, Abbada and Deir Salman in Eastern Ghouta after fierce clashes with Assad Forces with reports of regime losses. Clashes are still going on in the town of Otaiba, a main supply line that the anti-Assad battalions depend on for the delivery of humanitarian aid and medicines to the besieged areas….

Anti-Assad battalions announced they fully liberated the town of Deir Attiya in Al Kalamoon area and the Samiya village near Damascus International Airport.

Insurgents in Daraya dance in the street:

Sources also assert that the insurgency is continuing to block the Damascus-to-Homs highway, holding up the regime’s Qalamoun offensive.